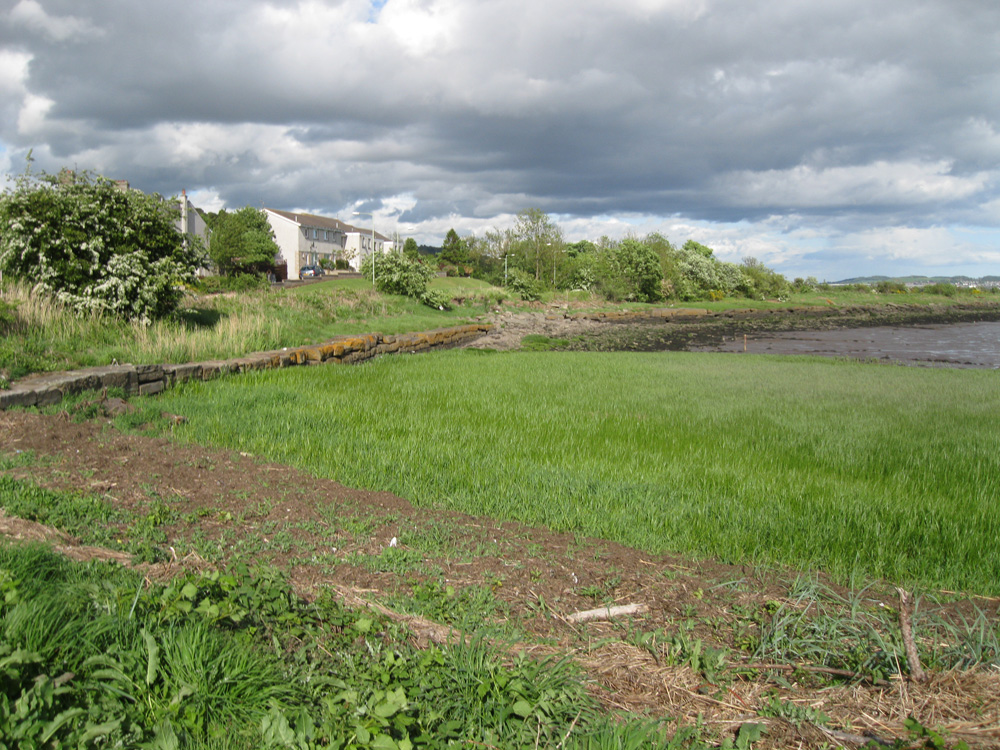 This disused harbour is the westernmost of the three piers in Kingoodie. It was used in the 19th century to load quarried stone. The quarries finally closed in 1904 and the pier and harbour fell into disuse.

(Kingoodie) has a small harbour, formed for the exportation of the stone and for the importation of coals, but accessible, even at spring tides, only by vessels drawing less than 10 feet water.