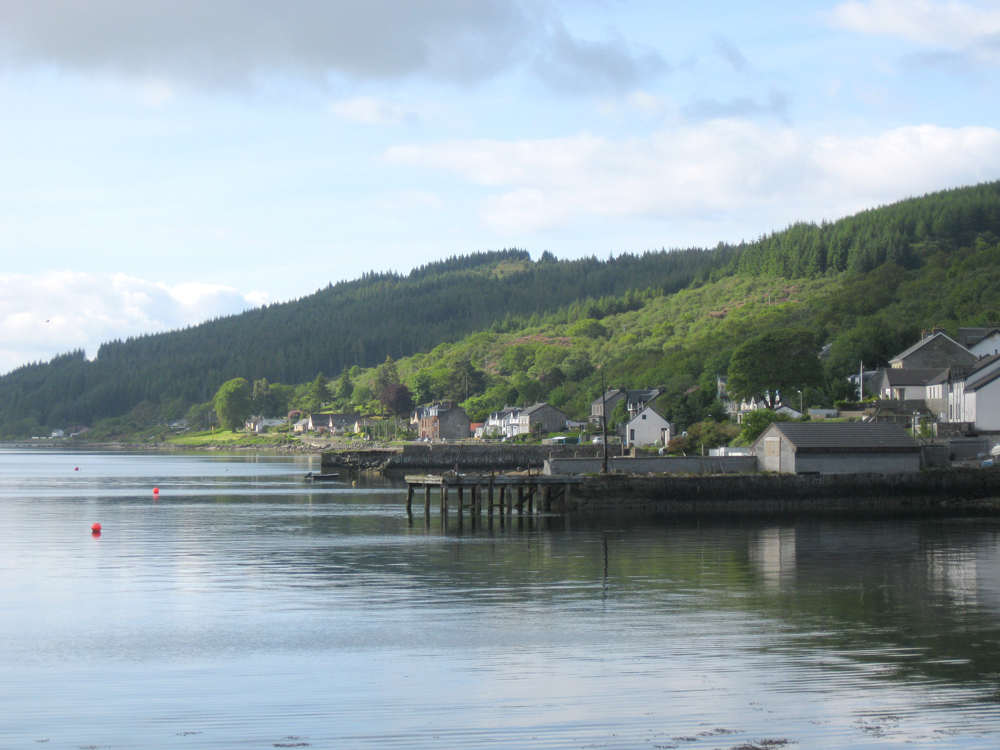 There are two piers at Kames; the northern one, knoiwn as Powder Mills Pier (the nearer pier in the photo above), was built in the 1830s to serve a gunpowder works inland and an associated saltpetre works beside the pier. It appears to have been built as a stone pier, and extended in timber later. The gunpowder works closed in 1920, and the pier is now privately owned.

The southern pier was built in the mid 1800s to serve the steamer trade. It is no longer used.