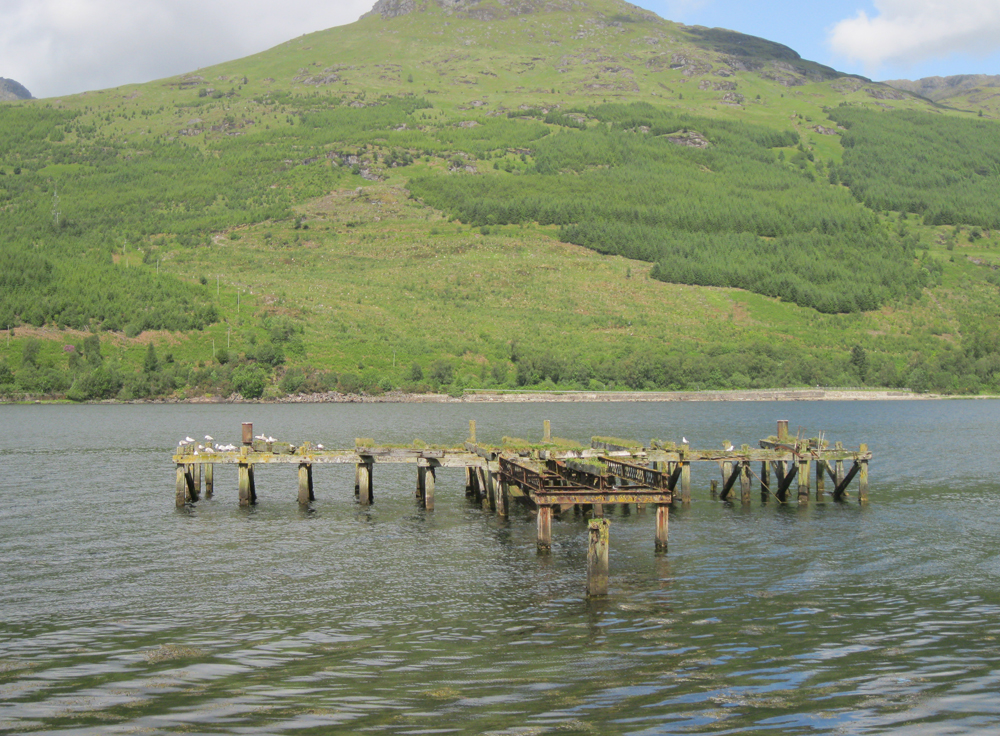 Arrochar pier was built in 1850 to service the steamers that plied the Clyde and the nearby lochs. The 'Three Lochs tour' was particularly popular, whereby steamers would visit Loch Goil and Loch Long, depositing passengers at Arrochar. They would then be taken across to nearby Tarbet by coach, before embarking on another steamer to sail the length of Loch Lomond.

During the final decade of the 19th century there was intense competition between the railway companies that operated many of the steamer services on Scottish lochs and at one time no less than three separate companies provided a service to Arrochar Pier, each trying to provide a faster, more luxurious service.

Cargo vessels also arrived with coal and lime from Glasgow and Ireland and, from Arrochar, wool was sent to the Liverpool market. The pier reached its heyday at the turn of the century with sometimes four steamers berthed alongside, but with the arrival of the railway and the requisitioning of many vessels during the First World War the slow decline in the pier's life began. By the early 1970s it was scarcely used and when one particularly violent storm caused considerable damage, sadly its fate was sealed.

The pier is now derelict. However, in 2009 an application was made by Argyll and Bute Council to the Loch Lomond and the Trossachs National Park's planning committee to install a new pontoon and bridge. The Park's local plan, adopted in December 2011, expressed a policy to improve marine access at the pier.

(Much of the above is extracted from Lochs & Glens Holidays website, with thanks)