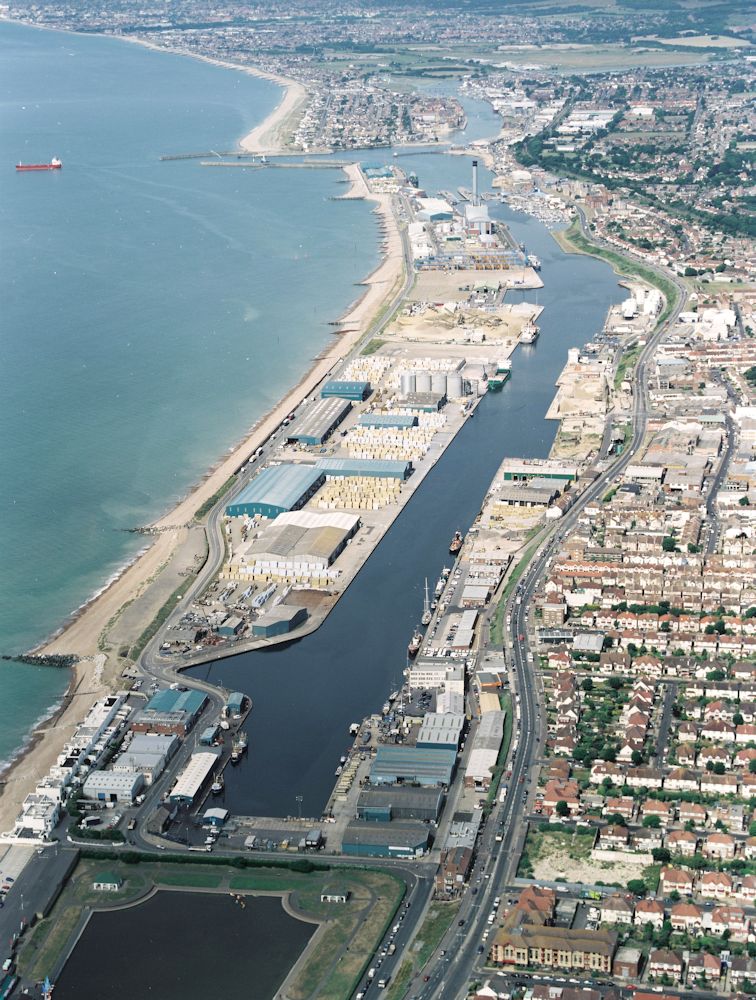 Shoreham has been a working port for very many centuries and was first recorded by the Romans when the port was known as Portus Adurni. The name Shoreham came into common use after the Saxon invasion in the fifth century AD.

In Norman times, Shoreham was said to import wine and export wool and remained the greatest port on the south coast for almost three centuries. Trade expanded after King John landed at the port with a large army in 1199 and by the beginning of the 13th century, the port had become a Royal Arsenal.
In 1346 Shoreham supplied 26 warships for Edward III to fight against the French in battle and ships continued to be built at Shoreham Port until the mid-20th century.

King Charles II left from Shoreham port in 1651 when he made his great escape from Oliver Cromwell and the Roundheads, fleeing to Fecamp in France after paying Nicholas Tattersell £60 to cross the Channel aboard his ship the Surprise.

Shoreham Harbour (and later, Port) Authority was established as a trust by Act of Parliament in 1760 when the Harbour Commissioners met for the first time. The Act allowed a new harbour entrance to be built to overcome the problem of shingle blocking the old one. However the new entrance was built poorly and began to build up with shingle like its predecessor after only a couple of years. In 1816 a new Harbour Act allowed for the construction of an improved entrance at Kingston Buci in the location of the present day entrance.

During the second half of the 19th and for much of the 20th centuries trade flourished as first a coal gas production works and later two coal-fired power stations were built on the south side of the impounded basin, The Canal, together with new locks and harbour entrance breakwaters. However, as with many businesses the late 1980s and early 1990s were not kind to the port. The closure of the second power station in 1989 meant that coal was no longer imported in large quantities hit the port fairly hard.

However, in 1996 a change of management at the port precipitated a new approach to the running of the Port, concentrating on the import and export of bulk cargoes such as aggregates, timber, steel, grain, oil and biomass. Shoreham has also developed as a major fishing port. Today, Shoreham Port boasts a first class suite of services and facilities meeting the needs of all port users including:

A comprehensive stevedoring service is provided by Shoreham Port Authoritys Operations Department and a wide range of mobile harbour cranes, forklift trucks and other materials handling plant is always available.