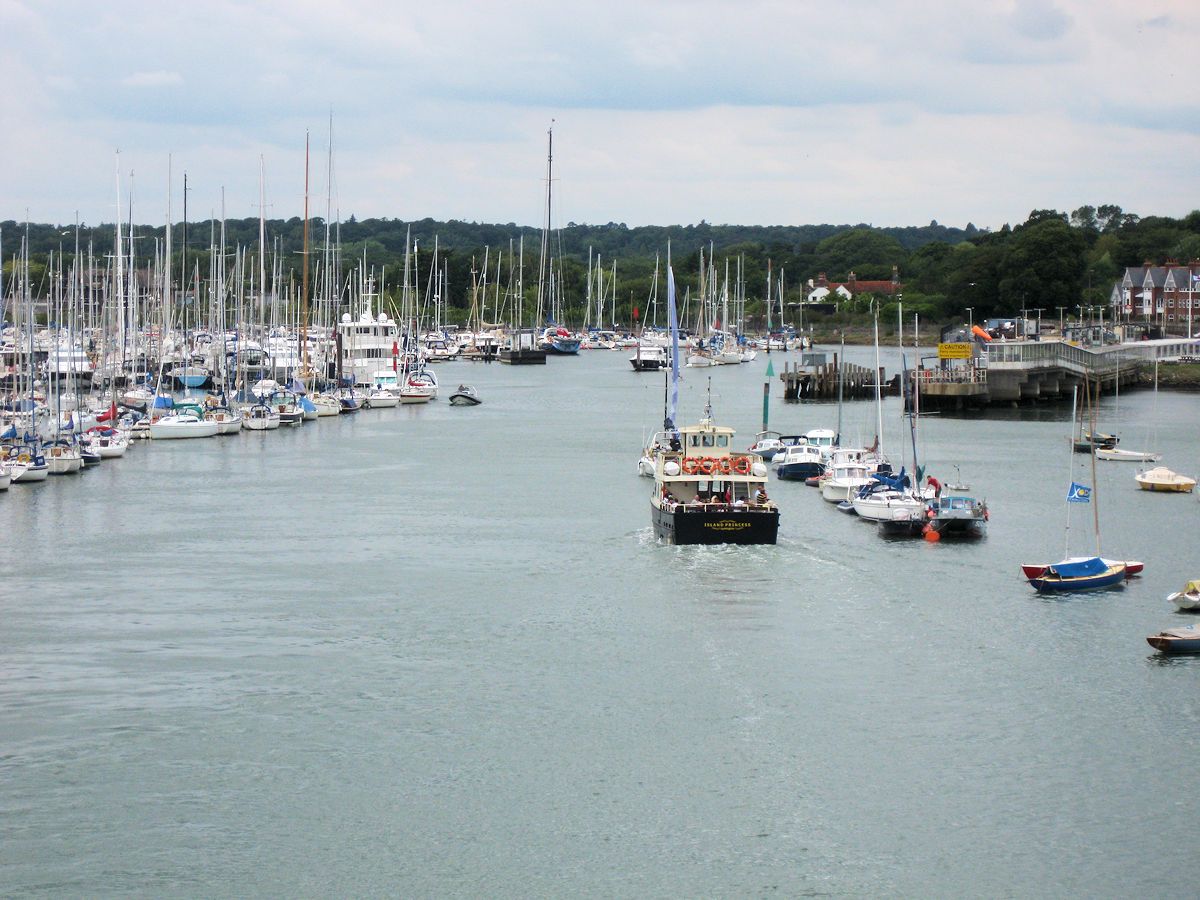 In the Doomsday Book, Lymington is mentioned as "Lentune" and from Saxon times up to the 19th Century, salt workings were Lymington's main industry, producing in excess of 4000 tons a year around 1800.

Throughout its history Lymington was a regular port of call and haven for sailing vessels, the winding river and many subterranean passages from the Quay area being often used by smugglers.

In the past sloop-rigged boats plied their way between the mainland and the Isle of Wight until a regular steamer service was introduced in 1830, complete with tow barges for carrying carriages and livestock.

With the decline in the salt industry Lymington continued to grow as a port town and trade centre. With the trade of salt came imported commodities such as oils and animal skins from America, Newfoundland, Holland and the Baltic. Vessels such as the Charming Sally, the Dolphin and the Sea Horse left from Lymington Quay to face the perilous Atlantic round trip lasting three months.

With the legal trade came smuggling and Lymingtons infamy grew with an increasing number of hostelries (at one time as many as 45 scattered about the town) some acting as head quarters for groups of well organized smugglers. Drainage tunnels around the Quay were used under the veil of night to transport contraband. The shady industry thrived with brandy and silks being amongst the favourite of all contraband. Lymingtons notoriety spread, indeed Daniel Defoe is attributed with complaining of the rogueing and smuggling in 1720.

Gas street lamps were introduced in 1832 and Lymington went on to become one of the first towns in the South to convert to electric street lamps. However in 1933 the town reverted back to gas. Most say this was a result of the increased cost of electricity while others cynically point out that the Mayor and several councillors held shares in the Lymington Gas and Coke Company. A piped water supply was only introduced in 1884.

With its daily double tide the river has supported a local fishing industry for generations. In 1871 the Lymington Oyster and Fishing Co. Ltd. Was formed but oysters soon gave way to breeding fish. At the mouth of the river, the Jack in the Basket marker post still stands where fishermens wives would lovingly row out and leave their husbands food and drink in baskets.

Now about 12 commercial fishing boats operate out of the Quay, ranging from 20 to 40 foot trawlers and crabbers.

Today Lymington harbour is shared by yachtsmen, fishermen and the Isle of Wight ferry. There are two marinas and a ferry terminal, and at the Town Quay room for up to 140 visiting boats.

The harbour is a non profit making trust administered by Lymington Harbour Commissioners through a Harbour Master / Chief Executive.