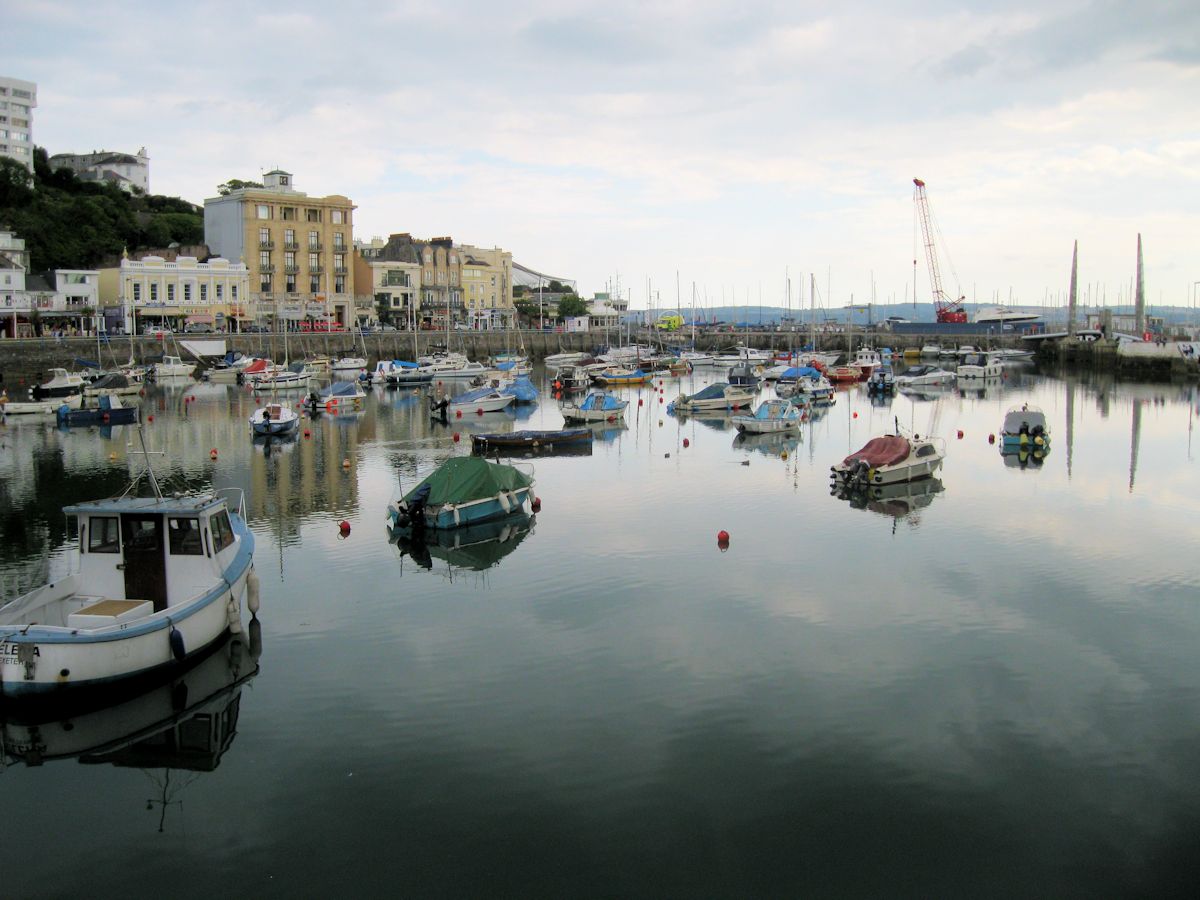 Torquay Harbour lies on the North shore of Tor Bay and despite a high proportion of activities revolving around the leisure industry, Torquay still remains a fully operational and busy little port and is very close to the town centre giving easy access to shops, restaurants and bars.

Torquay enclosed harbour is sheltered by two Piers. Princess Pier to the West and Haldon Pier to the South. Princess Pier is a popular promenade complete with seating. The Western Lady Ferry Service operates from the seaward side of the Pier. Princess Pier is also a popular spot for anglers. Haldon Pier is more of a working Pier enjoying vehicular access. Torbay Seaways and Stevedores operate a crane that is often seen on the quayside lifting out boats. It is also used by fishing vessels, pleasure boats, HM Customs, visiting yachts and many other miscellaneous craft.

The enclosed harbour also shelters a 440-berth Marina from the prevailing South Westerly winds. The Marina is situated next to the Pavilion Shopping Centre, a beautifully restored Edwardian building.

The harbour and waterfront has been subject to recent redevelopment, in the form of Living Coasts, a new complex adjacent to the Harbour Office on Beacon Quay. Other improvements on the quayside include new business premises and a new footbridge and half-tide cill across the entrance to the inner harbour.

Future plans include a town dock on the eastern side of the outer harbour, pontoons in the inner harbour, the widening of the busy Beacon Quay and the construction of a brand new fit for purpose slipway. As part of a Public Realm project further improvements to the harbour area will be made.

The two World War II embarkation ramps are Grade II * listed structures and for safety reasons are currently out of use. As a temporary measure a floating pontoon slipway has been manufactured for launching up to 4.88 Metre (16 foot) boats and dinghies. It is also used by the Torquay Rowing Club to launch Skiffs by way of the 'JetFloat'. The 'JetFloat' is effectively a floating slipway which is extremely versatile and can be moved very quickly if there is a Maritime Event scheduled or Cruise Ship visit expected.

There are plans to construct a new 10 metre wide concrete slipway in the outer harbour. The new slipway would run from east to west parallel to the north side of Haldon Pier. In the meantime, slipway boat launching is extremely limited at Torquay Harbour. However, alternative launching facilities and adequate slipways exist at Paignton and Brixham Harbours.