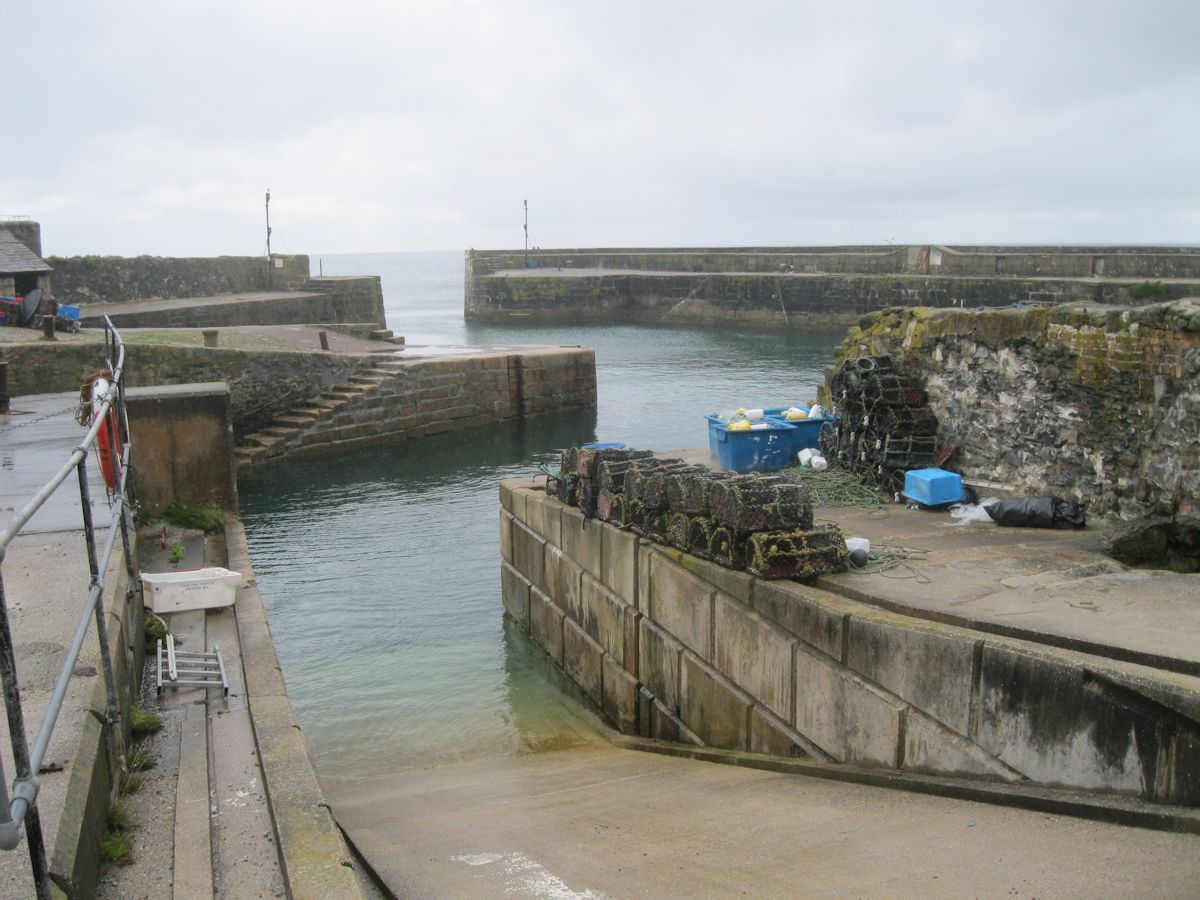 The St Austell area in the last quarter of the eighteenth century suddenly acquired great industrial significance. The tin and copper mines were booming and a new industry  china clay  grew out of nothing. But St Austell had no harbour, only the open beach and rocky cove at West Polmear.

Charles Rashleigh was the first to seize this opportunity. He built Charlestown within twenty years, carving out the rock of the cove with teams of men using picks and shovels and bringing his water supply eight miles from Luxulyan in an aqueduct. The port is still there almost as he built it, and eminently attractive, but its great days when the tiny harbour was notorious for overcrowding and delays are long gone.

After a sequence of owners during the early 1990s the harbour is now in the hands of Square Sail, a company committed to preserving the character of the village and the waterside, and the harbours future looks secure. It is a Grade II listed harbour.

The inner harbour (see last image under 'More Photos') is often used as a film set, with its fleet of square-rigged sailing ships helping to create a Victorian or Georgian atmosphere.