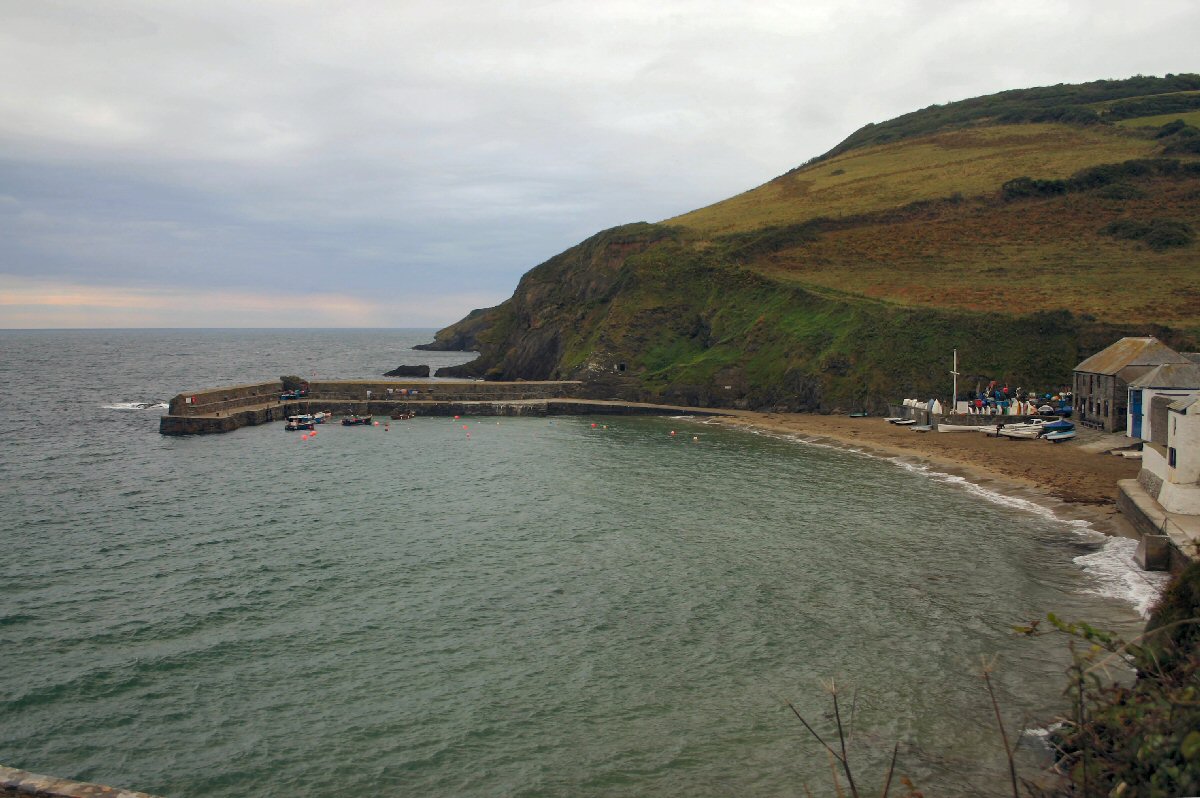 The heart of Gorran Haven is a cluster of fishermen's cottages, nestling around a secluded cove which remains much the same as in years gone by. Between the 13th and 19th centuries Gorran Haven, or Porth East as it was then known, had a larger fishing industry than nearby Mevagissey.

The fishermen's main catch, in the season, was pilchards, which were still being caught until the 1940s. The pilchards were barrelled and salted in the many cellars in the village. Some fish were pressed and the oil extracted, with the remaining fish being used as fertiliser for the land. The salted pilchards were placed in hogsheads and exported as far afield as Genoa, Naples and Venice.

The harbour is sheltered by a stone quay from which angling trips are available and there are visitors moorings for the boating enthusiasts.

Every year in August the Gorran Haven Harbour and Fishermen's Society put on a Gala Fun Day for the villagers and holiday public to take part in. Monies raised go towards the upkeep of the quay and harbour.

See the website listed above for a detailed history of the harbour.