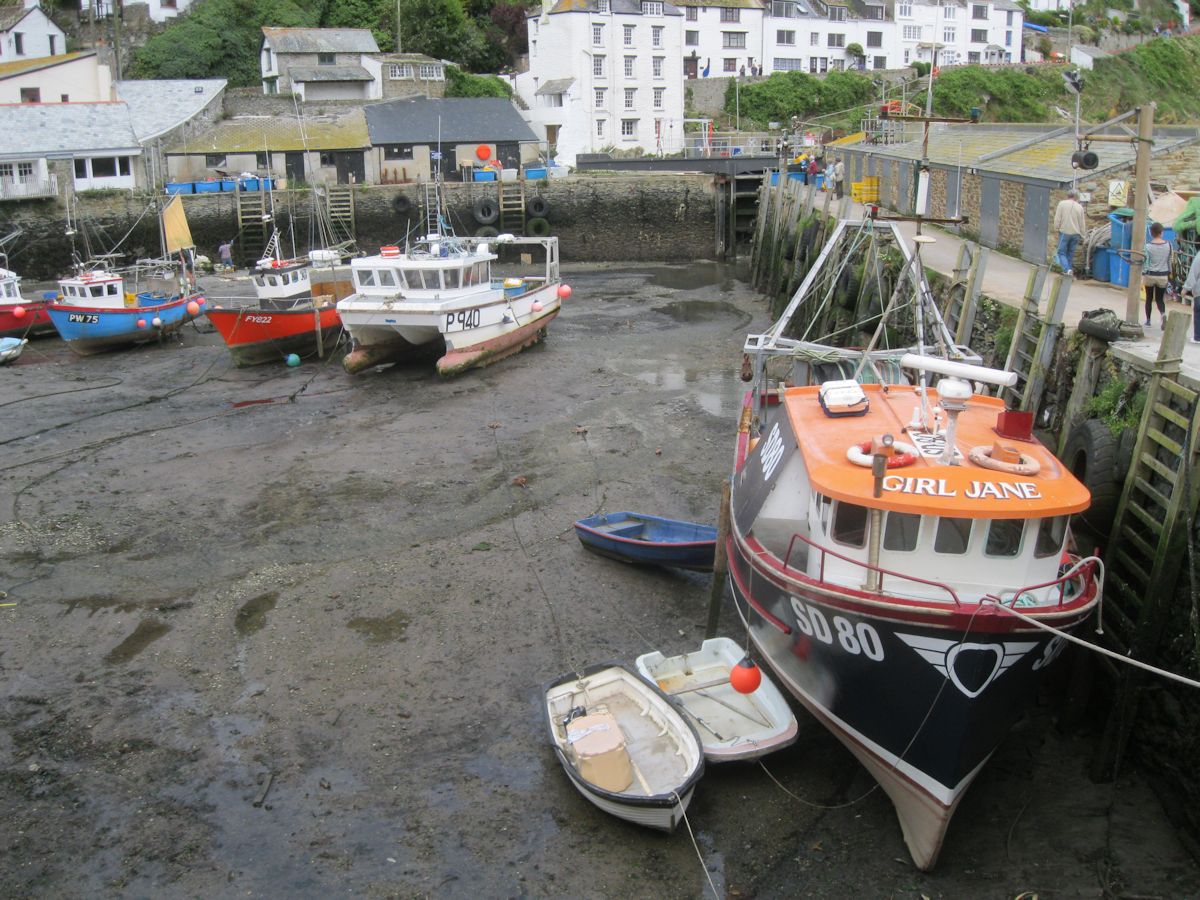 Polperro has depended on fishing for generations. In the 19th century, when pilchards were landed in large quantities, the fish were processed and packed in three factories near the harbour. The fishing industry employed many men at sea and many more, with women and children, ashore in salting, pressing, cleaning and washing the fish.

Large gaff-rigged boats known as Polperro gaffers were used for fishing. Seine or drift nets were used to catch the pilchards. At one time there were some 40 drifters working out of Polperro harbour.

At the end of the 18th century smuggling was also a large industry. Of the many Polperro vessels involved the Lottery was the most infamous.