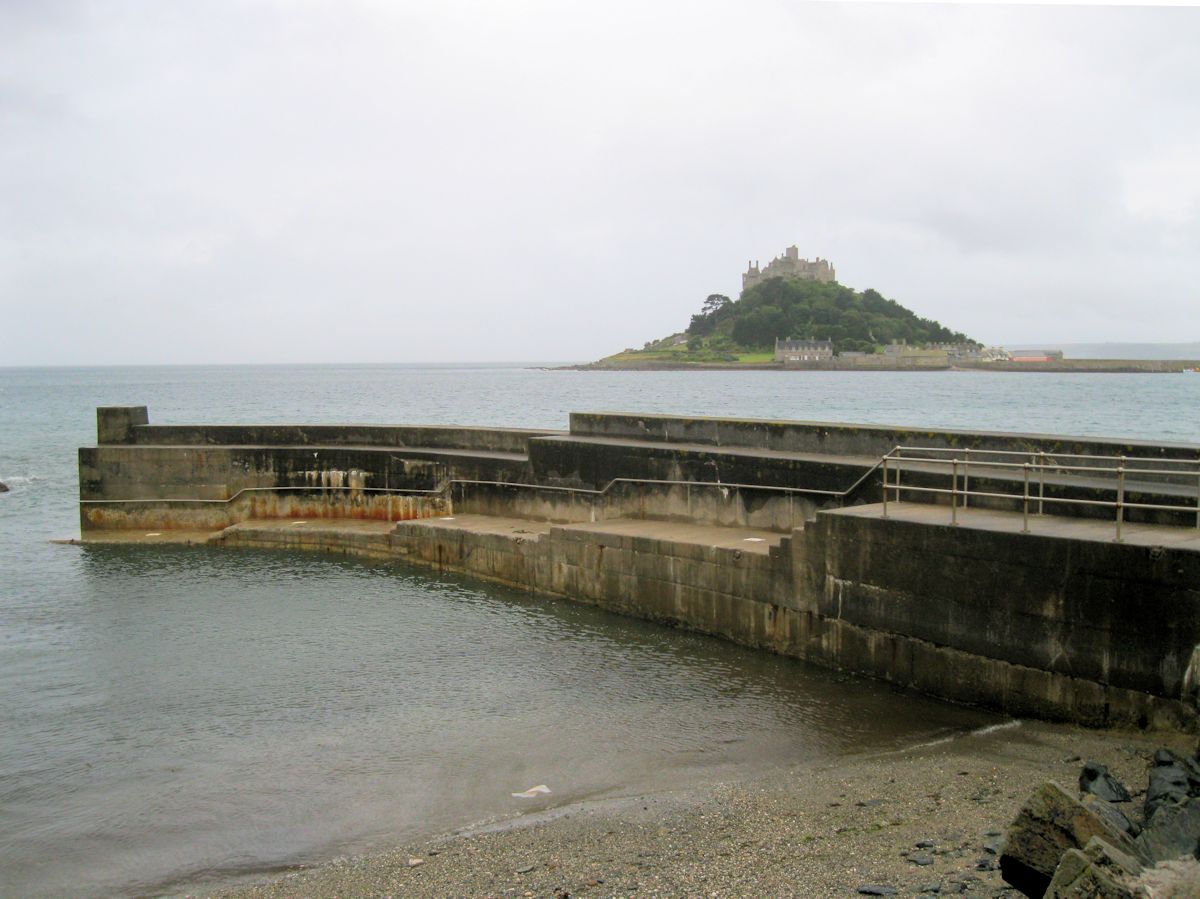 The harbour, known locally as 'Top Tieb', was built in the late 1920s to provide a landing place for boats to and from St Michael's Mount. But the entrance is tricky and narrow and the harbour arm is only accessible an hour or two either side of high water.

Nowadays an amphibious craft travels the five-minute journey between Marazion beach and the Mount, but the harbour is also used on occasions when landing from the beach is impractical.

Marazion is the oldest chartered town in Cornwall. It was granted a charter of incorporation by Henry III in 1257; the charter was renewed in 1595 by Queen Elizabeth. Marazion's modern name derives from the important fairs and markets that existed there until the late medieval period when the town was challenged for commercial supremacy by an upstart Penzance. The Cornish for market is marghas and at Marazion there were two markets, the Marghas Byhgan, the Small Market and Marghas Yow, the Thursday Market. Time has blurred the pronunciations to Marazion and Market Jew, names that have no relevance to historic Judaism.