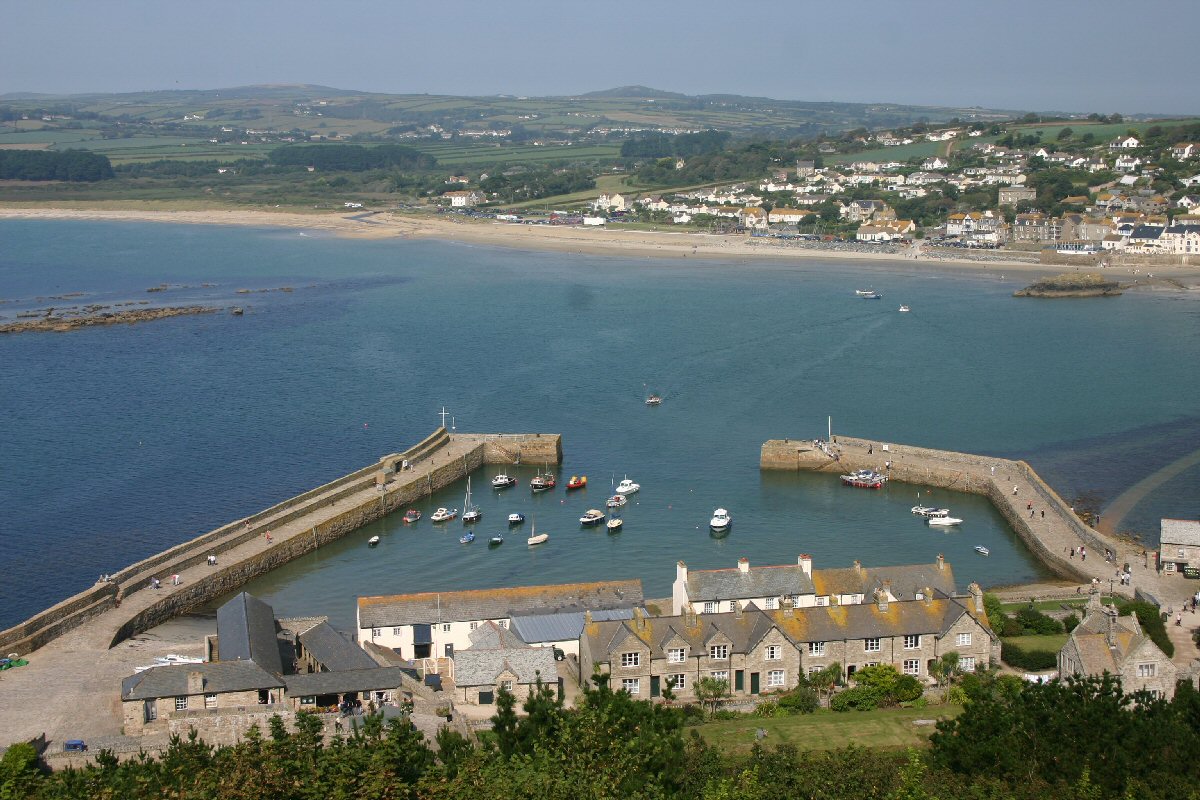 The pier was rebuilt about 1428 by the monks on the Mount after attempts to raise money in Marazion had failed, and the governors of the Mount were responsible for its upkeep. It was greatly improved in the mid eighteenth century and its entrance enlarged in 1823 to accommodate vessels up to 500 tons. Probably in good weather ships chose to unload on the beach at Marazion, but they would not have made this their destination if they had not been able to rely on the protection of the harbour if a storm blew up as in Mounts Bay the lee shore is highly dangerous.