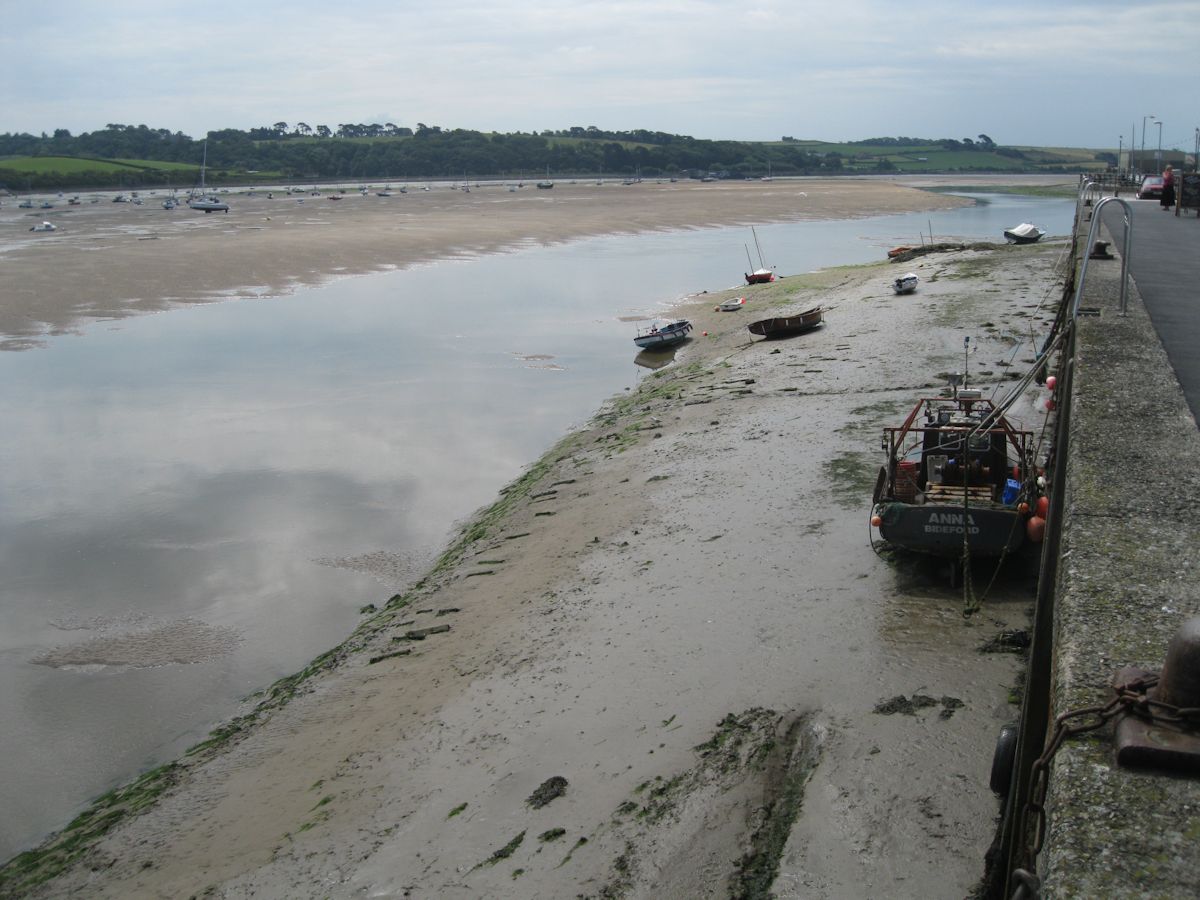 Appledore is situated at the mouth of the rivers Torridge and Taw in North Devon. Its name appears to be first documented in 1335 under the variation of "Apildare". Tradition has it that in 878 AD Hubba the Dane landed at Appledore and marched inland to attack Kenwith Castle. He barely reached what is now the next village before he was defeated in a mighty battle at a place which is still known today as Bloody Corner.

Placed on the estuaries of two rivers which lead into the Bristol Channel, it seems only natural that Appledore has a distinguished maritime history. Whether it was as a port for fishing trawlers, ship builders or a home for sailors. It was supposedly in recognition of the courage of Appledore sailors and ships against the Spanish Armada of 1588 that Queen Elizabeth I made it a free port; a status which remains today.

The one remaining shipyard, one of the largest undercover yards in Europe, is the main focus of modern Appledore. That and perhaps the new quay, widened again quite recently. The port remains the home of a number of fisherman and the river a favourite of leisure craft.