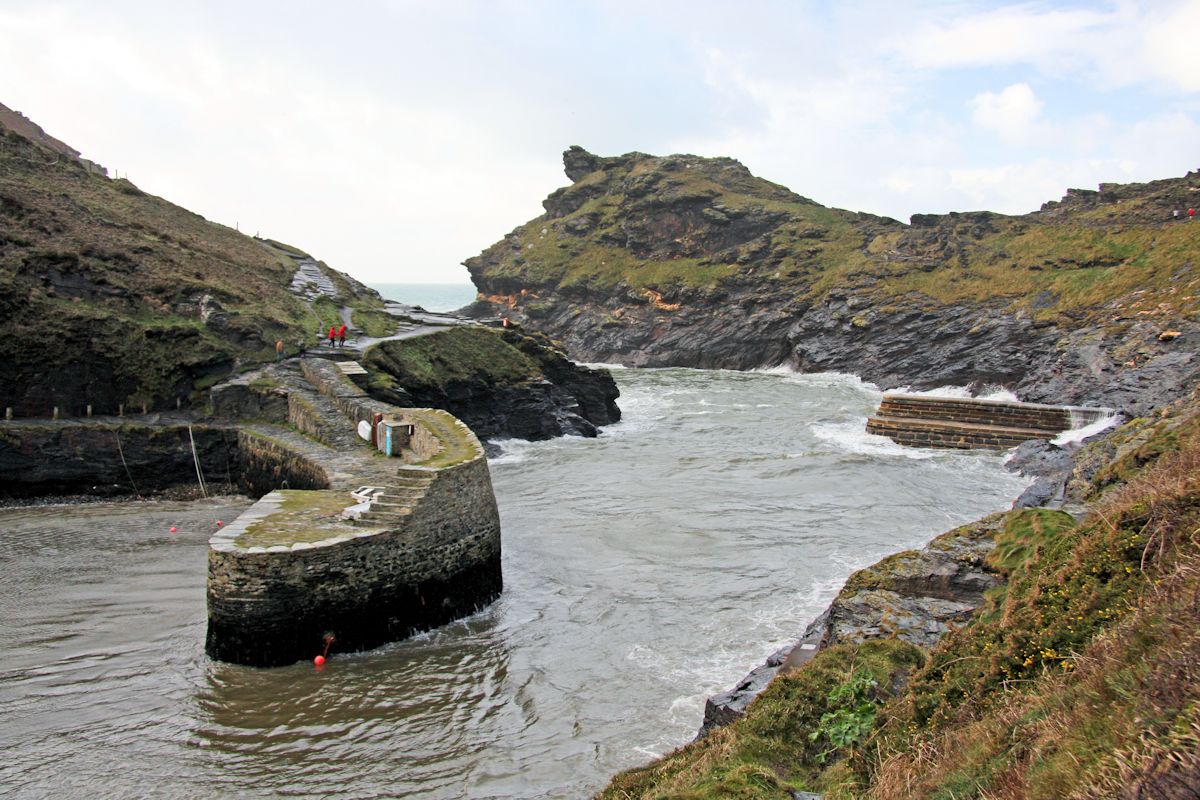 The pier is said to have been rebuilt twice before 1584, when the present pier was built by Sir Richard Grenville; this was restored in 1740. It was always virtually impossible to sail out of the harbour: instead a hobbling boat rowed out with the warping rope, dropped an anchor with a pulley and brought the other end of the rope back. The shore party then hauled on the rope, thus pulling the ship out towards the anchor.

Manganese ore from near Launceston was shipped in the early nineteenth century, and in 1861 considerable quantities of iron ore from Trebursye, also near Launceston, were apparently being shipped from Boscastle. Later there was some china clay trade. Until 1920, 90 ton cargo boats from Appledore, the Lively and the Bedoe regularly brought coal, manure and iron.

In August 2004, flash floods devastated the village of Boscastle, necessitating the temporary closure of the harbour. Several cars were washed into the harbour and had to be removed. The harbour has since re-opened and is home to a small fishing fleet and a number of leisure craft. The harbour entrance, as can be seen in the final image under 'More Photos', is difficult to navigate in severe weathers.