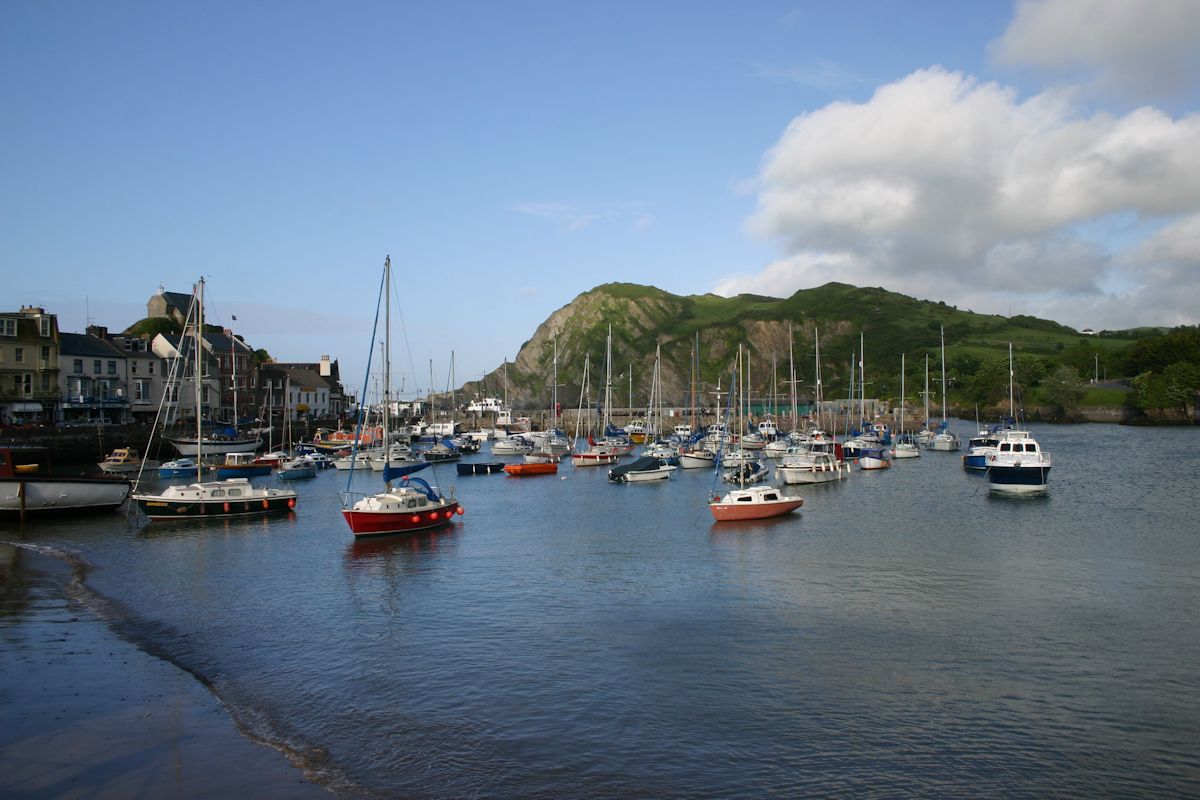 Ilfracombe, an ancient sea port and market town, and the most picturesque and fashionable bathing place on the north coast of Devon, is distant about 10 miles of Barnstaple and 5 miles of Exeter. It is built partly at the bottom and partly on the side and summit of a steep acclivity, and till about 30 years ago it consisted chiefly of one long street. Since then it has risen to great celebrity as a watering place." (From White's Devonshire Directory, 1850)

Today, nestling snugly amongst the rugged cliffs of the majestic Atlantic coast, its charming natural harbour continues to make it as popular today as it has been since the 1830's. The bustling harbour has a continental atmosphere and fishing vessels jostle for space alongside the bobbing yachts.

It is one of the two mainland departure ports for the MV Oldenburg to the Island of Lundy (the other being Bideford).