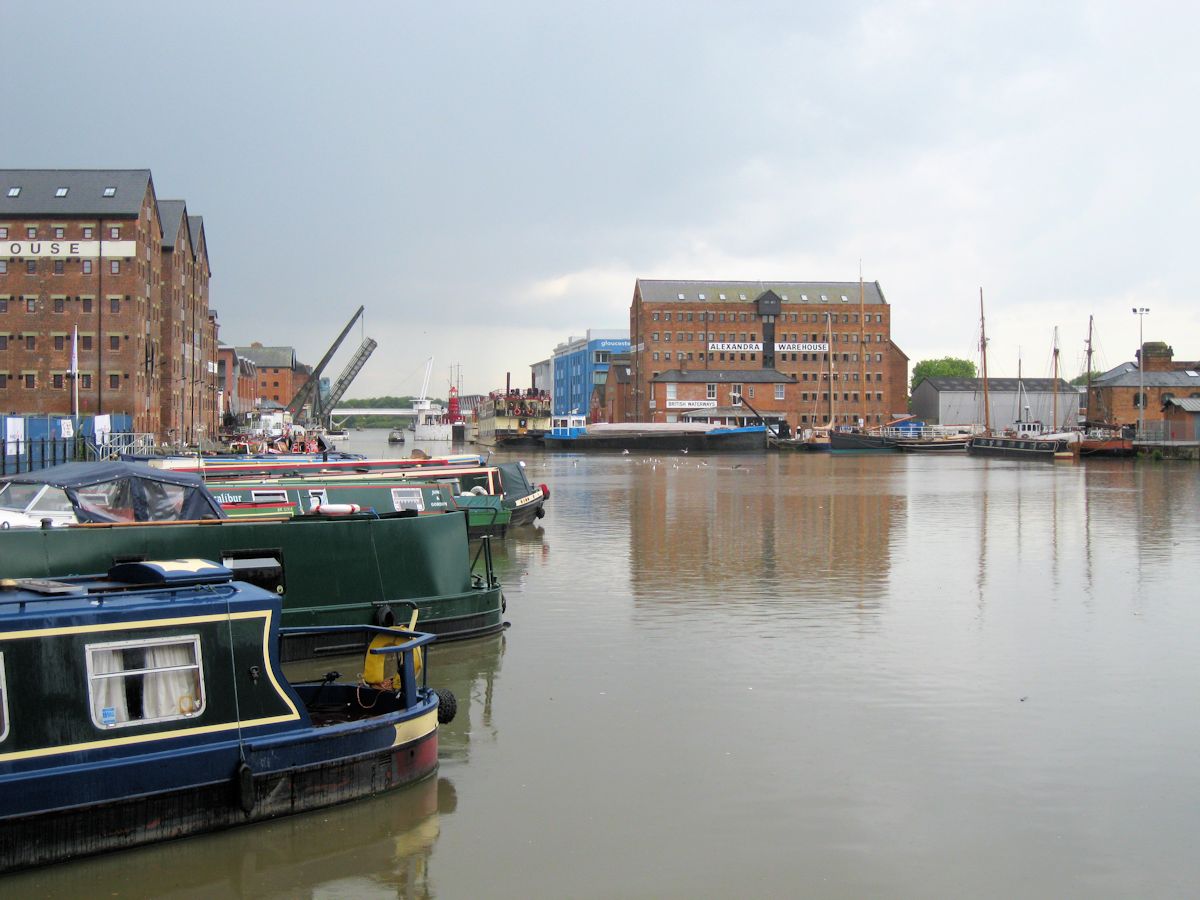 By the sixteenth century Gloucester had become a major port, shipping timber, corn, metals and wines and spirits.

For many years the docks were used as a film location most famously for the TV series 'The Onedin Line' in the 1970s.

The present limits of the Gloucester Harbour (as defined by the 1988 Harbour Revision Order) extend into the Severn Estuary to a line seaward of the Second Severn Crossing, and include the tidal reaches of the River Wye to Bigsweir Bridge and of the River Severn to the weirs at Maisemore and Llanthony near Gloucester.

To obtain the reasons for the constitution of a body of Trustees to control a defined area of the rivers Severn and Wye, it is necessary to go back to the year 1861.

Up to 1861 the navigation of the Bristol Channel and River Severn was in the hands of compulsory Pilots of the Port of Bristol, but that year, owing to the increase in trade at the ports of Cardiff, Newport and Gloucester, an Act of Parliament was passed entitled the Bristol Channel Pilotage Act 1861. Pilotage Commissioners were constituted for these ports with powers to licence pilots for non-compulsory pilotage of ships in the Bristol Channel and River Severn bound for these ports, each port having a defined area of jurisdiction. The Gloucester District is described as follows:

"That portion of the Bristol Channel which lies Eastward of Lundy Island, including the River Severn to the City of Gloucester and the River Wye to Chepstow Bridge".

The Act authorised the appointment of a Pilotage Board for the Port of Gloucester consisting of members of the Gloucester Corporation and of the Gloucester and Berkeley Canal Company, the two bodies having most interest in the flow of commerce on the River.

At the time, Pilots and Masters were reluctant to pilot vessels up and down the river during the dark winter tides, with the result that vessels were often delayed at the Kingroad anchorage, with consequent injury to the Port. The Pilotage Board was therefore approached by the Canal Company regarding the erection of lighthouses and beacons. The establishment of navigation aids began in 1873, funded by grants and loans from the Canal Company.

Further Acts of Parliament in 1921, 1936, 1963, 1988 and 1994 enabled the Trustees to respond in an appropriate manner to the changing nature of the Harbour Authorities responsibilities; the present number of Trustees is 13, the number of navigation aids established and maintained and the geographical limits over which jurisdiction is held has increased.

More recently significant developments along and across the harbour have caused the Trustees to seek new and often innovative methods to maintain satisfactory standards of navigation safety within the harbour.

As a commercial port, Gloucester has long ceased operations. However, a growing amount of leisure traffic makes use of the harbour.