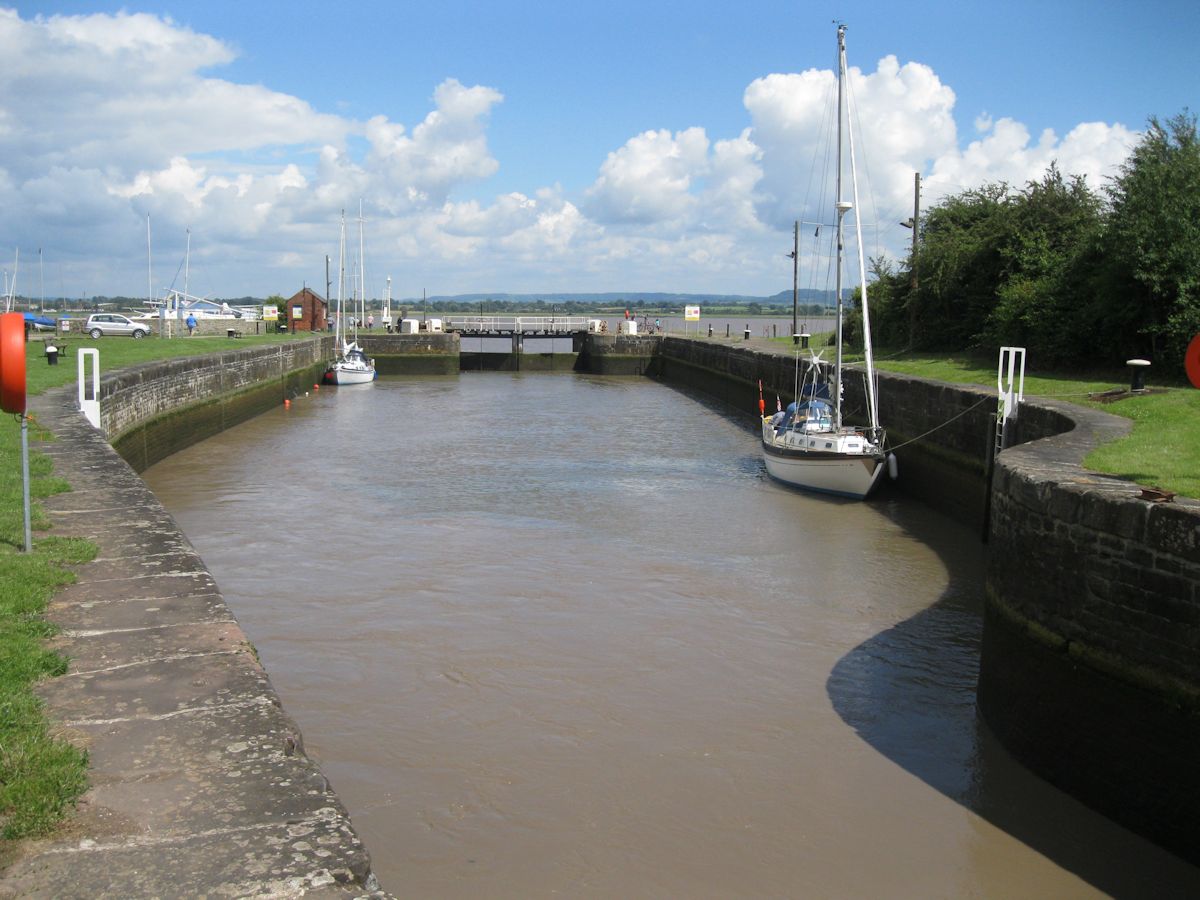 Much of the following is adapted from the Lydney Area in Partnership website.

Where the River Lyd flows into the estuary is known as Lydney Pill. At one time, this reached to within a couple of hundred yards of St. Marys Church in Lydney. This easy access to the estuary increased Lydneys importance as a trading centre and a harbour was built to transport iron and later coal from the forest, whilst the forest itself provided the oak for ships. The harbour was the last port on the Severn where sea-going boats could unload.

Right up until Stuart times, quite large ships were constructed at Lydney, including the 306-ton, 22-gun frigate Forester in 1657 and the 620-ton frigate Princess in 1660. However the gradual receding of the water level and the silting up of Lydney Pill, ended the towns large-ship building era and since then, nearly a mile of new ground has been added to the shoreline - known as New Grounds.

Following on from the closure of the Pill due to silt, small-scale boat building did continue and a new wharf had to be built at Lydney. With the charcoal iron industry thriving and the roads through the forest remaining poor, Pidcocks Canal was constructed from 1790 onwards, connecting Upper and Lower Forge at the head of Lydney Pill. As the method of smelting iron ore developed with the introduction of coke replacing charcoal, larger furnaces replaced the traditional small ones.

Coal production, which started around 1750, transformed Lydney, which grew rapidly and the harbour remained very busy during the Industrial Revolution in the 19th century. Producing and transporting coal, stone, tinplate and timber and importing china clay and salt, made Lydney a small but thriving port.

The canal and basin complex was built by the Severn and Wye Railway and Canal Company between 1810 and 1813 and a horse drawn tramway was laid, to move the coal and iron to the wharves after it was brought down from the pits and forges on the Pidcocks Canal. A new dock on the estuary was started in 1809 and opened in 1813. The outer harbour was built and finally completed in 1821 and the tramway extended all the way down.

There were difficulties in navigating vessels into the narrow entrance of the harbour, as there was only half an hour at the top of the high tide for vessels to arrive and leave. Deep ships which needed at least 12 feet of water could only reach Lydney on spring tides. The north pier was extended in 1825 to aid ships into the harbour.

The coming of the railways assisted with the expansion of trade and the tramway was converted at first to broad gauge in 1868 and then to standard gauge in 1872. The opening of the Severn Railway Bridge in 1879 created some competition for the harbour, along with the newly opened dock at Sharpness. Whilst a lot of coasting vessels converted to steam by the turn of the 20th century, Lydney Harbour continued to host sailing ships right up to the 1950s.

The coal mining industry contracted after the First World War and the mines closed in the Forest from the 1920s, with the final export of coal from the harbour in 1960.

The harbour carried on working up to 1970s by importing logs for the manufacture of plywood at the factory at Pine End, which during the Second World War had been used in the construction of the famous Mosquito, along with various gliders. Finally, in 1976, the British Transport Docks Board closed the port by walling in the tidal basin.

As the last major alterations to the harbour were conducted during the 1870s, Lydney is a rare example of an unspoilt 19th century harbour, built to accommodate sailing ships; its historic importance is disproportionate to its size. In 1980 the harbour, including the lower and tidal basins and the pier, were designated Scheduled Ancient Monument status.

The refurbishing of Lydney Docks began in May 2002, when the outer lock gates were re-opened, following the removal of large amounts of silt, funded though the Heritage Lottery Fund. A long awaited £1.9M plan to turn the docks into a thriving modern marina were unveiled in a formal planning application by the Environment Agency in March 2003.

Work to develop a marina, with mooring facilities for around 50 boats, is now complete. On 23 July 2005 the docks of Lydney were re-opened after the Environment Agency's two-year project to restore and enhance this historic landmark.