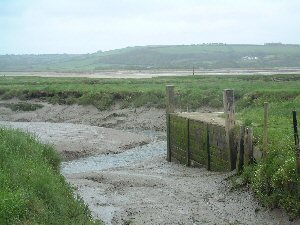 It was the foundation of an Anglo-Norman castle by 1170 that led to the development of a town at Laugharne. A settlement probably grew outside the castle soon after its foundation, and around the small inlet which became a port.

Laugharne was once a busy port, trading with Bristol, whilst fishing and cockling were the main occupations. By the mid 19th-century the town lost both its fashionable status, and the remnants of its coastal trade, and suffered stagnation and decline.