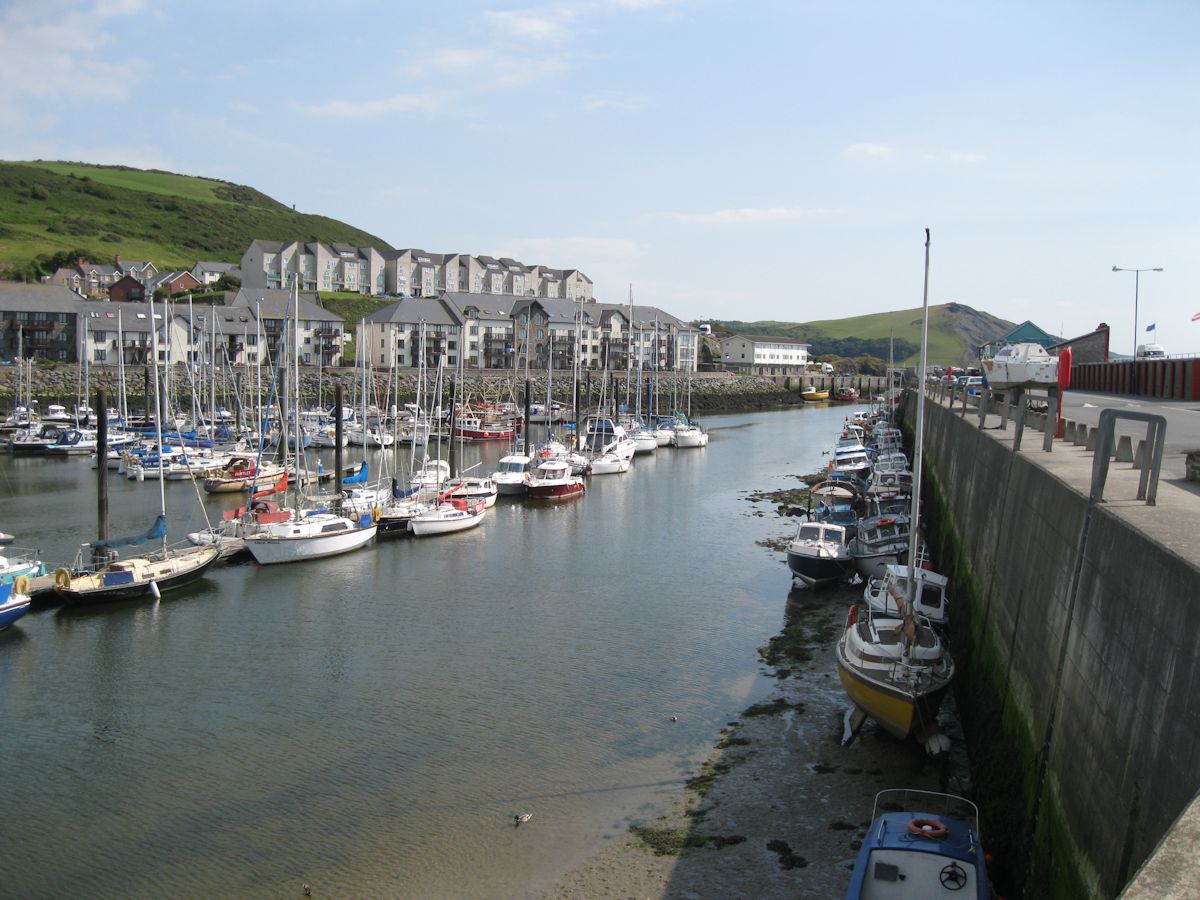 The name Aberystwyth means "Mouth of the Ystwyth" which seems odd as the river Ystwyth only empties into the harbour. But originally the water coursed its way into the old village that sprang up along its banks. There has been a settlement within the modern Aberystwyth town limits since the early iron age.

Pier Street, once know as Wig (Weeg) Street, has the remains of the pier at its end. Construction of the pier was started in 1864 when the first column was sited, it was completed in 1865 and was wrecked by a storm in 1866. It was later rebuilt and opened by the Prince of Wales (later to become King Edward VII) in 1896. The Promenade, from the Pier south around Castle Point was built between 1901 and 1903 at a cost of £16,000.

Ship Building and the Harbour South Road, once known as Shipwrights Tow or Shipbuilders Row, led from Bridge Street to the Shipbuilding yards. Timber yards and a large saw mill were sited on ground on the seaward end of the road and at the back of the present South Marine Terrace. Ship building ceased when the last schooner, the Edith Eleanor, was built in 1881. Repair work carried on for a further few years. Boat building moved to the site next to the Trefechan bridge on the south side of the harbour.

The nineteenth century saw remarkable changes as well as growth. The north side of the harbour had busy shipyards - minor shipbuilding crafts were carried on in Trefechan. The port collapsed after the arrival of the railway, and Aberystwyth turned its back on the harbour

The sea trade also went into a decline as the railways were able to provide a more reliable service than the sailing ships and early steam ships as they were not so reliant on fair weather. Aberystwyth Harbour is now a haven for pleasure boating with a number of full time fishermen and sea angling boats.

The RNLI has an Inshore Lifeboat Station situated at the end of the Town quay.