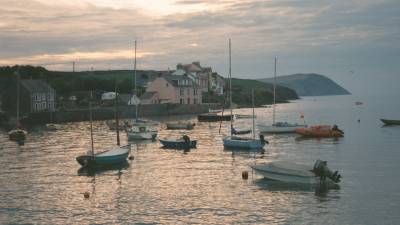 Newport Pembrokeshire lies on the shores of Newport Bay between the towns of Fishguard and Cardigan. Its Welsh name Trefdraeth means Town By The Sands and it once rivalled Fishguards port and shipbuilding industries until struck by plague in the 16th century so having its thriving wool and fishing trade destroyed.