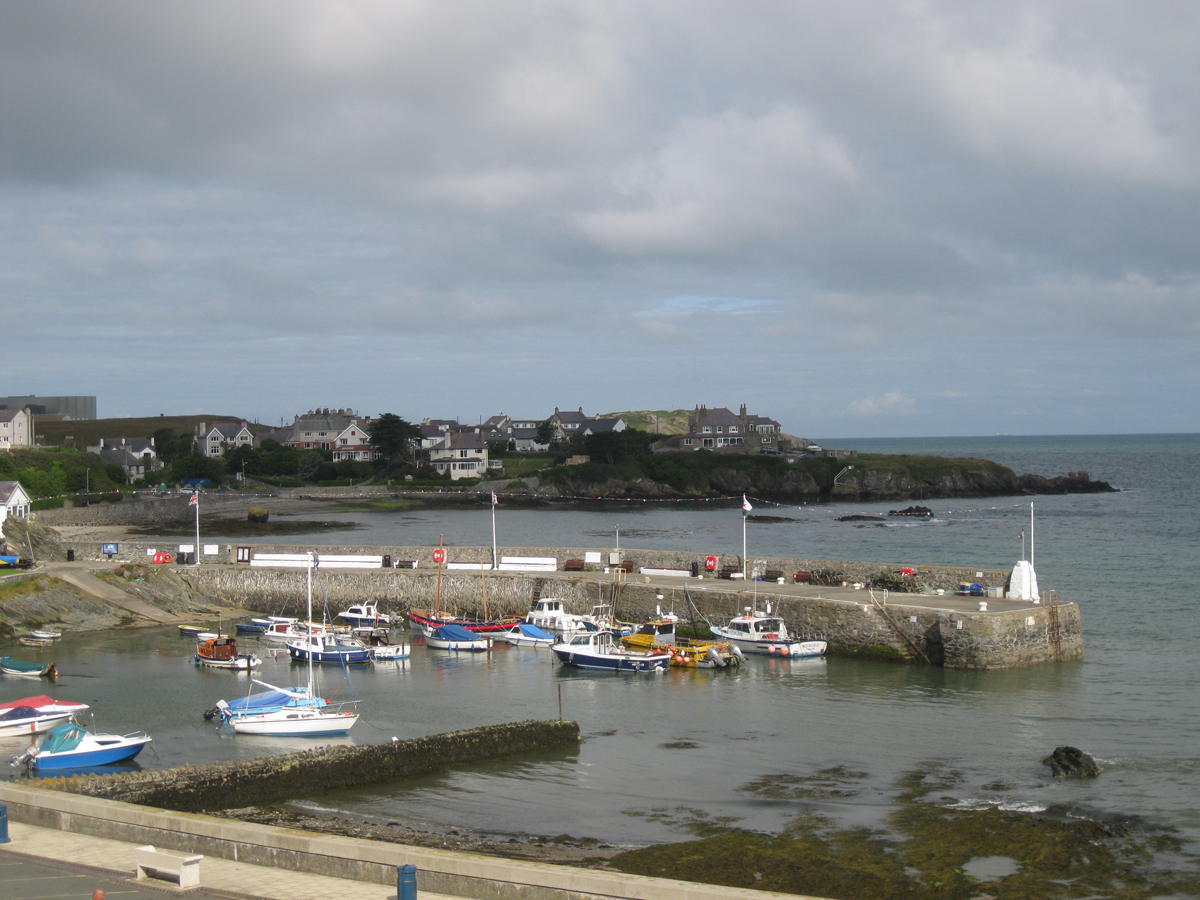 Formerly spelt 'Cemais', meaning bend, the name presumably refers to the shape of the bay. The original harbour was probably no more than a sheltered landing place behind the large rock outcrop at the mouth of the Afon Wygr, but by the early 19th century, a small stone pier had been added by local fishermen.

After a particularly destructive storm in 1828, it was agreed that a new pier should be built. The new pier was designed by Ishmael Jones, a sea captain and local entrepreneur. The work was completed in 1835 and presumably paid for by Mr Jones after money promised by local farmers and Liverpool merchants (major trading partners with Cemaes) failed to materialize.

Shipbuilding was an industry employing many in Cemaes in the 1830's and vessels from 100 to 400 tons were built here. Trade included coal inwards, and exports of limestone, corn, marble, bricks, lime and ochre. An arrangement between a local producer and an official of Liverpool Corporation ensured that many public buildings in the city were built using limestone and marble from White Lady bay. The successful copper mining activities on Parys Mountain (four miles to the South-East of Cemaes) provided the added incentive to extend the harbour.

Nowadays the harbour is used by a number of small craft, including fishing vessels.