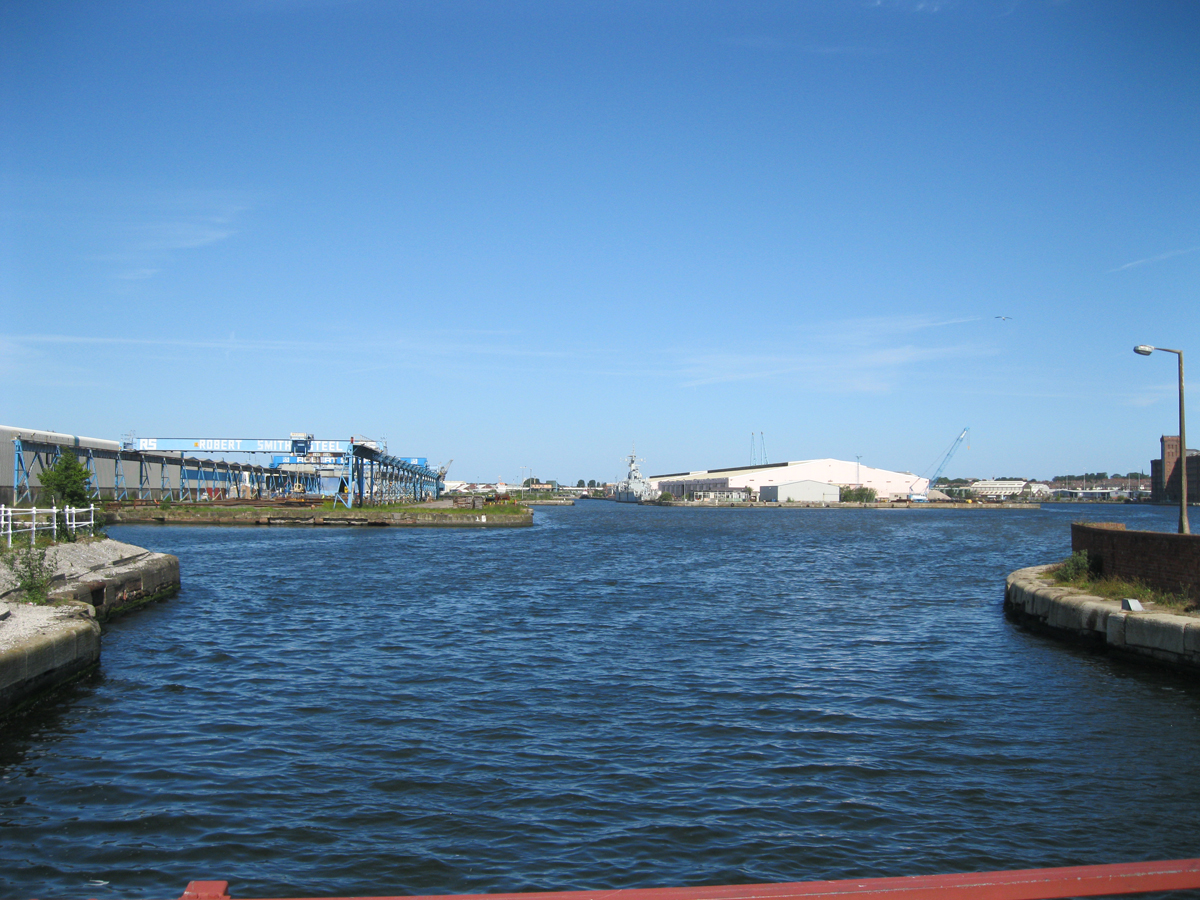 The rise of Birkenhead, from a hamlet of some 50 inhabitants in 1818 to its present importance, was due in the first place to the foresight and enterprise of William Laird, who purchased in 1824 a few acres of land on the banks of a marshy stream, known as Wallasey Pool, which flowed into the Mersey about 2 miles west of the village. Among other engineers, Telford and Stephenson favoured the project of converting Wallasey Pool into a great basin for shipping but, largely owing to the fears of Liverpool lest a formidable rival should thus be created, it was not until 1843 that parliamentary powers were obtained, and the work entrusted to James Rendel, who finished it in less than five years. The docks, which covered an area of 7 acres, were opened in 1847, and after thrice changing hands were made over in 1858 to the Mersey Docks and Harbour Board, a body created by an act of 1857, to control the harbourage on both sides of the river.

Woodside Ferry may still be regarded as the principal entrance to Birkenhead and the Wirral from Liverpool. In 1842 the Birkenhead Commissioners purchased it, under an act of parliament, from the lord of the manor. In 1897 the corporation further acquired the rights over the Rock Ferry and the New Ferry at the southern end of the town. Despite competition from the Mersey Tunnel, these ferries continue to transport millions of passengers annually, and have a considerable share in the heavy goods traffic.

The new Twelve Quays River Terminal at Birkenhead provides superferries sailings from Wirral, Dublin and Belfast out of the most modern facility for people and trade moving between Ireland and mainland UK. The services provided by NorseMerchant Ferries has twice-daily departures on its Belfast service at 10:30 and 22:30 hours each day. Using two ro-pax vessels, Mersey Viking and her sister ship Lagan Viking, each able to carry approximately 340 passengers and 160 commercial vehicles, NorseMerchant provides 24 sailings per week, four more than was previously possible when using its old Brocklebank Dock terminal that lies within Liverpool¹s old enclosed dock system.