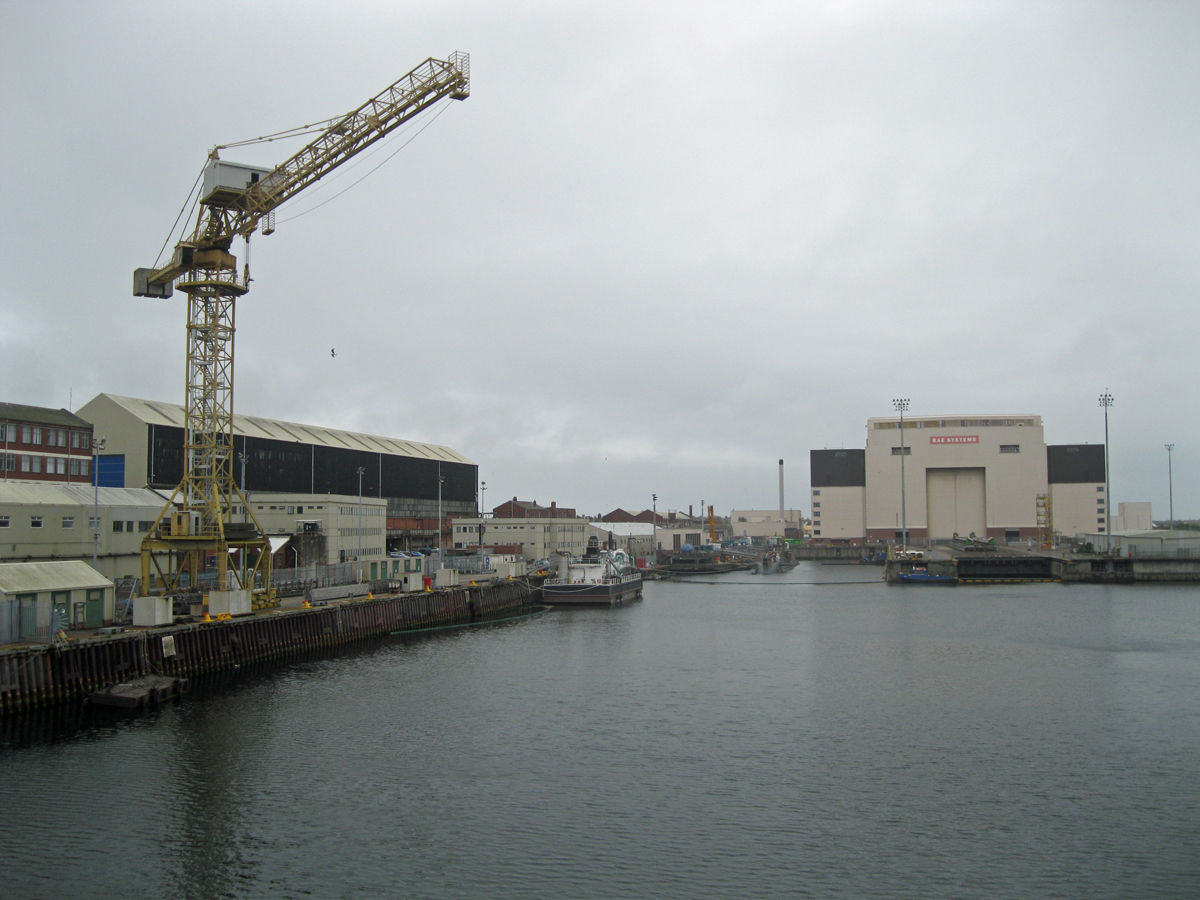 The Port of Barrow, located in south-west Cumbria, is well placed to serve shipping routes to Ireland, mainland Europe, the north Atlantic and beyond.

The modern shipbuilding facilities of BAE Systems Marine Ltd are located within the enclosed docks. Developments to facilitate the construction of Britains Vanguard Class submarines have resulted in Ramsden Dock being able to accommodate vessels up to 230 m in length, 35 m beam and 10 m draught.

Vehicle access to the east side of Ramsden Dock has been significantly improved by the construction of a new road which runs parallel with the ports rail connection. Further improvements continue to be made to the A590 which links Barrow with the M6, and future planned upgrades will further reduce journey times to and from the motorway.

The port has a wide experience in handling specialist vessels such as nuclear fuel carriers for BNFL and condensate vessels for British Gas. It is used to support oil and gas offshore pipeline and development projects. Barrow is also experienced in handling vessels under for BAE Systems Marine Ltd at the UK's largest shipyard.

Barrow is an increasingly popular port-of-call for cruise liners, given its position as the gateway to the stunning English Lake District.