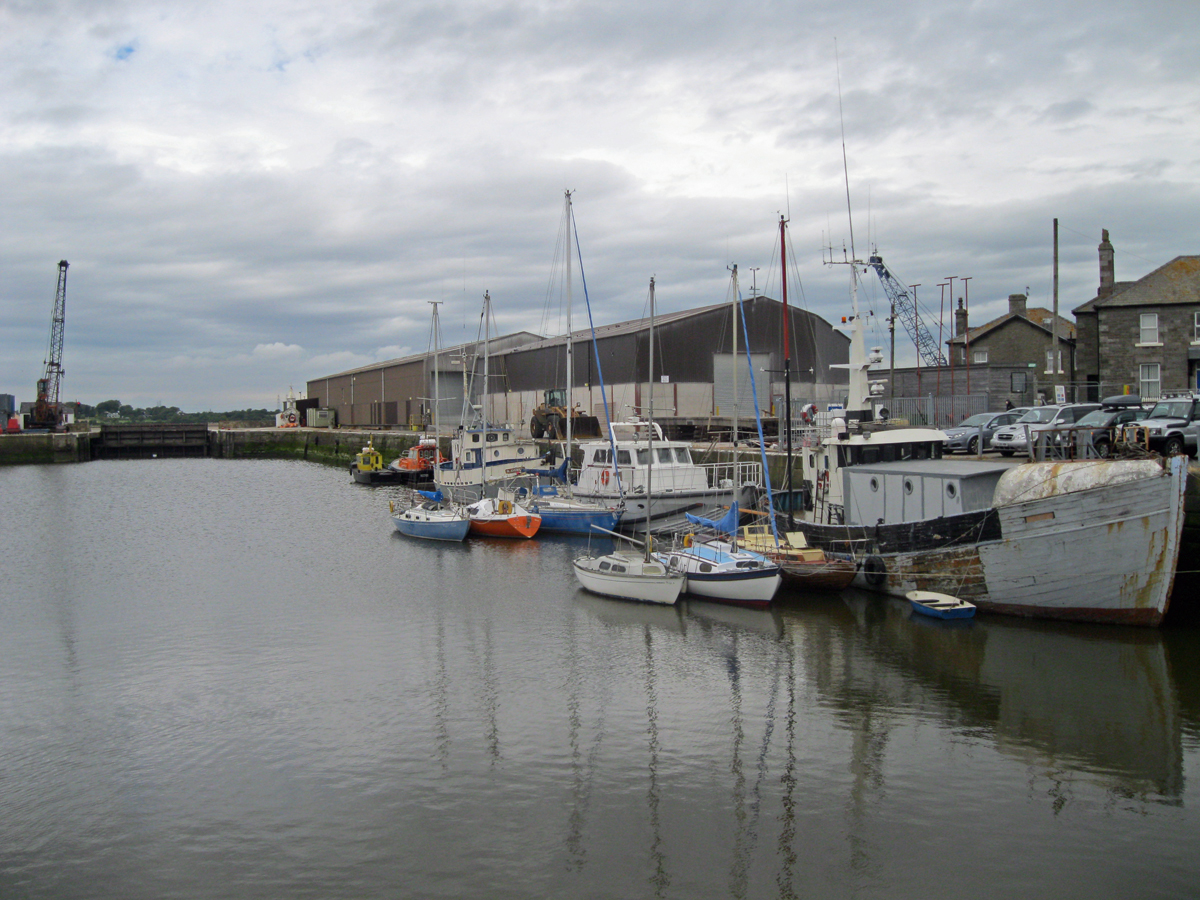 A group of 18th century merchants from Lancaster built Glasson Dock to import goods such as tobacco, cotton and rum from the West Indies, in 1746 on the south bank of the River Lune estuary in open countryside about 5 miles south of the city.

The port flourished during the following century, trading with many parts of the world in the products and commodities of the day, including exporting convicts to the colonies. Well-known cabinet makers Waring and Gillow started their business here by collecting mahogany dunnage used to protect cargoes arriving at Glasson, and using it to make furniture.

In the mid 1980s the old wooden mitre dock gates were replaced by a modern flap gate 15 metres wide, and a new 100-metre quay was built on the tidal side of the gates.

The Glasson Dock area includes the Glasson Group businesses, residential settlements dating back to the early days of the Dock, with shops, seafaring public houses, and leisure craft marinas.

The final photo (see 'More Photos') is of the outer NAABSA quay, where vessels of up to 90m in length can safely lie aground.