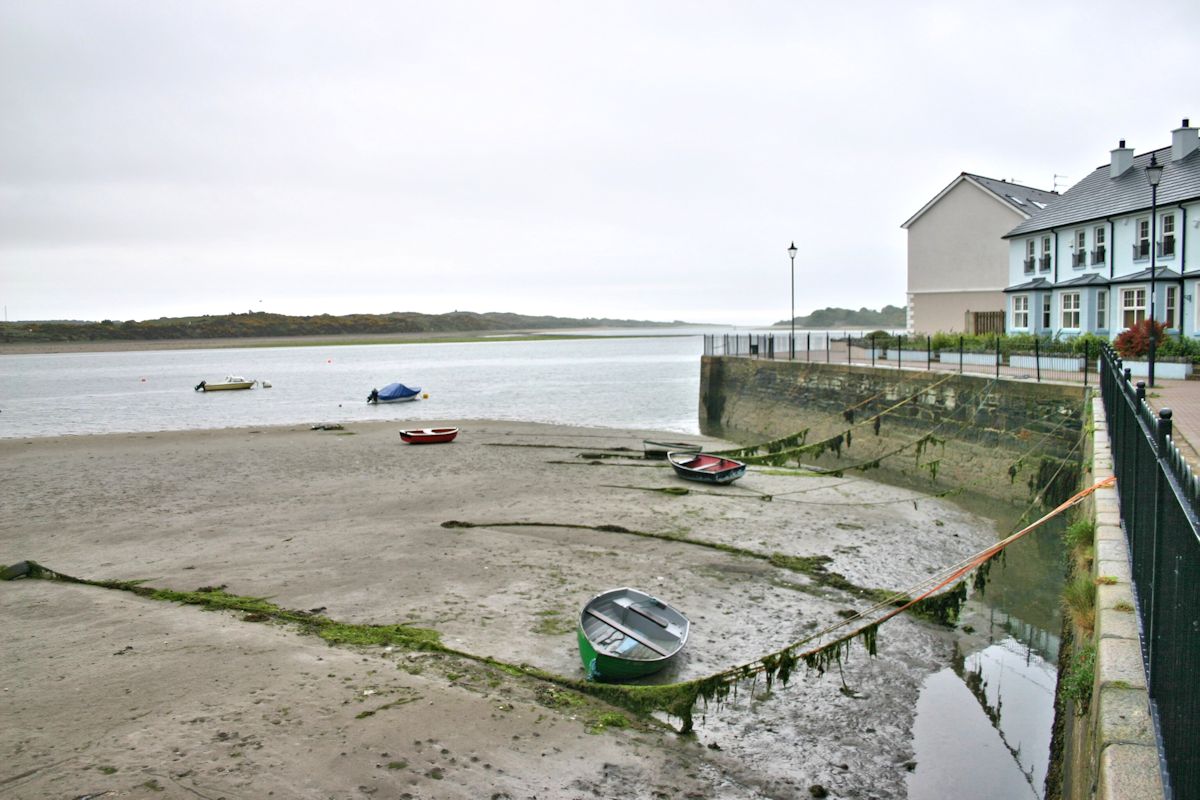 It was the railway connection which boosted the harbour when it reached Dundrum in 1869. The sidings from the main Belfast-Newcastle line extended down the quays belonging to the East Downshire Steamship Co, a firm inseparable from the harbour story. The sidings were useful for various cargoes, most notably the export of potatoes, but also for sand, which was obtained at low tide by barges near the bar at the Inner Bay mouth. The East Downshire also in the 1890s operated their own deep-water sailing ship, the Ruby, to import Canadian timber.

Greater ambitions had been held for Dundrum as a passenger port, for, as far as can be judged, it was an early incarnation of the East Downshire firm that in 1868 began a service from Belfast and Dundrum to the North British Railway harbour at Silloth, and to Whitehaven. The fact that Dundrum was a strictly tidal harbour, however, made development of a regular passenger service awkward.

The constant hive of activity at the quay ceased in 1984 when Dundrum closed down as a commercial harbour, followed soon after by the cessation of the remaining East Downshire trading activities in the port. The warehouses and quays have now been redeveloped for housing purposes and, apart from a few small leisure and fishing craft moored at the northern end of the former quay, nothing remains of the port.