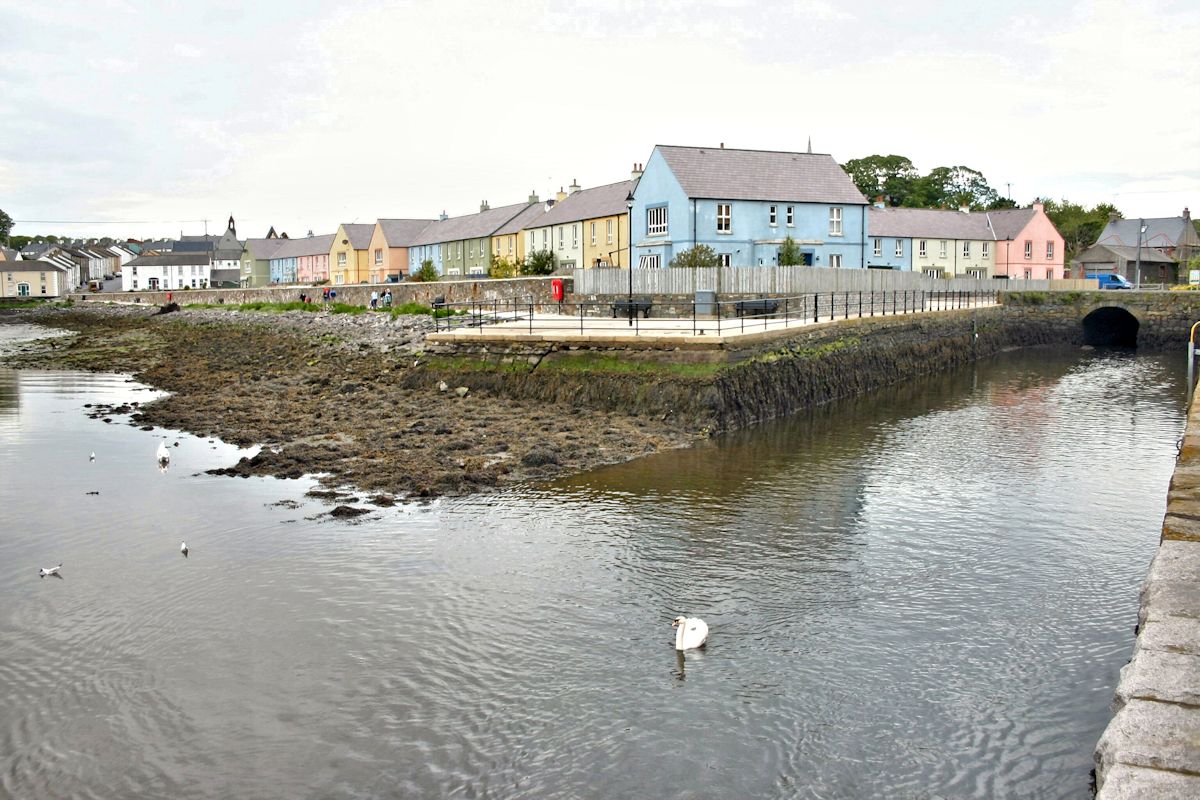 Killyleagh (Co Down) is on the southwest shore of Strangford Lough, about 20 miles south of Belfast and 5 miles north of Downpatrick.

In the Middle Ages an anchorage brought trade and prosperity to the growing town of Killyleagh. It was designated a Maritime Port in 1620 and a stout harbour was built. This also led to the expansion of the fishing industry. A cotton mill was built at the end of the 18th century and soon, at Shrigley, Martin's great flax spinning mill was erected which became one of the largest in Ireland.

Nowadays, sailing is a popular sport from its large harbour. The waterfront is still the focal point of the town and growing interest in tourism and small boat sailing have been fostered not least by the appointment of Prince Andrew as Baron Killyleagh in 1986.

The quayside is now fronted by modern housing and is only used as a boat lifting facility.