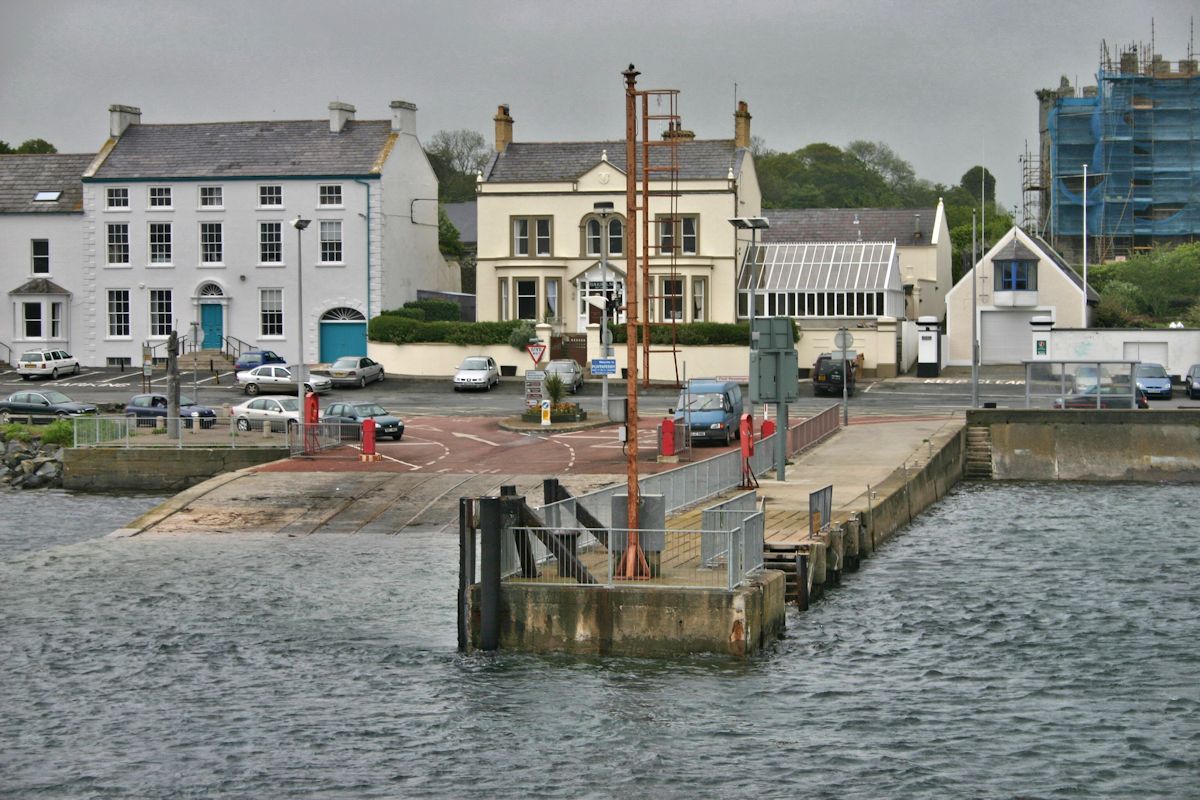 Portaferry and Strangford are sited one to the north-east, the other to the south-west, of the narrow channel, seven miles long, that joins Strangford Lough to the Irish Sea. The slipways of the two villages are a little over half a mile apart by water; but they are 49 miles from each other by road. Between them lies the expanse of Strangford Lough, an irregularly shaped sheet of salt water twelve miles long and, at its widest, some four miles wide, studded with green islands, pladdies and shoals; bounded on the south and west by the drumlin country of the barony of Lecale, and the estuary of the River Quoile; on the north and east by the twenty-mile peninsula of the Ards, a narrow ridge dividing the outer from the inner sea.

Sir James Montgomery put Portaferry on a business footing in the 1620s; corn mills, a linen-market, shipyards and quays were developed by the Savage family and their successors the Nugents. For a century or so it was a busy thriving coastal town, full of master mariners, ship-owners, ship-builders, rope-makers, and ships' chandlers. Its fishermen, too, flourished: sand smelt were sold in Belfast as 'Portaferry chicken'. Gradually, as larger steamships came to require deeper harbours, its prosperity declined; and within living memory the harbour master's duties have dwindled. Apart from the regular ferry across to Strangford, Portaferry is home port now only to a handful of fishing vessels and a crowd of yachts.

The Council manages Cook Street Quay, which is a short distance to the south of Portaferry Marina (contact John Murray on 07703 209780).