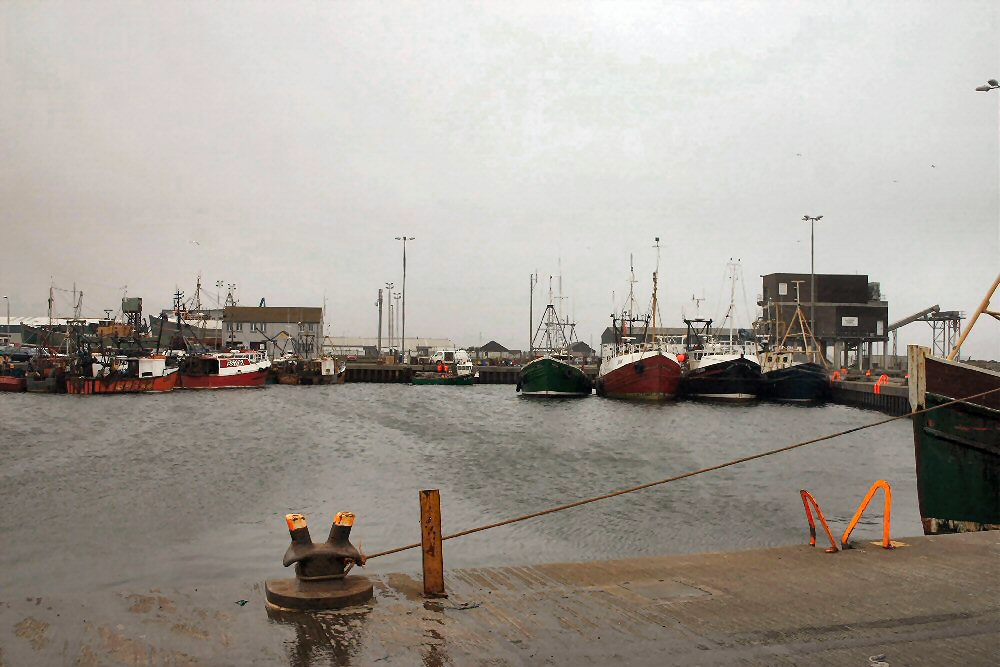 Portavogie derives its name from Port an Bhogaigh, which translated means 'harbour of the bog'! This quiet fishing village is the second largest fishing port after Kilkeel and the fleet of trawlers provides a fascinating sight with daily comings and goings. Portavogie is famous for its prawns and herring.

A pier was built at Portavogie in 1906. This pier was not a success as it had no weather protection. A new harbour was constructed in 1955 costing £270,000. The harbour was further developed in 1975 and 1985, doubling the size, deepening the basin, providing a market area and ice making machinery.