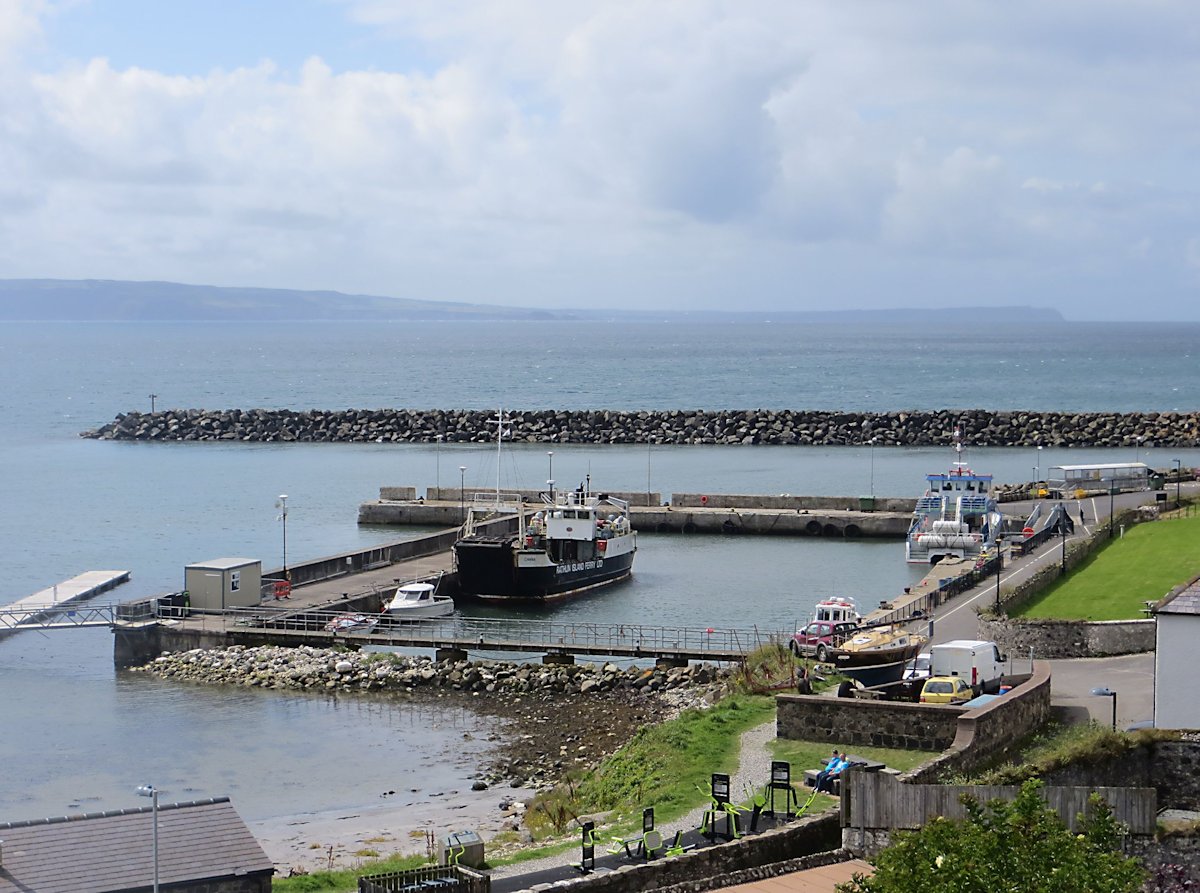 Rathlin, Northern Island's only inhabited island, is reached by ferry from Ballycastle. It docks at Church Bay and there are at least two return sailings per day all year round with additional sailings in the summer months. The six mile journey by the car ferry takes 40 minutes, but an 'express' passenger-only service will take you there in just 20 minutes.

Rathlin is six miles north of Ballycastle, Co. Antrim and fourteen miles from the Mull of Kintyre in Scotland. It has a winter population of about a hundred people, boosted by many visitors - divers, birdwatchers, botanists, sea-anglers.

Thanks to its remote location and secluded coves, Rathlin Island was notorious for the smuggling of goods like brandy, sugar and tobacco in the 18th and 19th centuries.

Until the 1940s Rathlin used to export kelp from Church Bay. Seaweed was collected and put into stone kilns and burned until it turned into a "boiling mess". There were up to 150 kelp kilns at one time and the kelp was used to produce soda and iodine.

In order to facilitate the ferry service between Church Bay and Ballycastle, substantial improvements were made to the harbour in 1996, including a new slipway, mooring pontoons, lighting and an access ramp.

Around Church Bay there is a diving centre; a popular activity due to the number of wrecks in and around the bay.