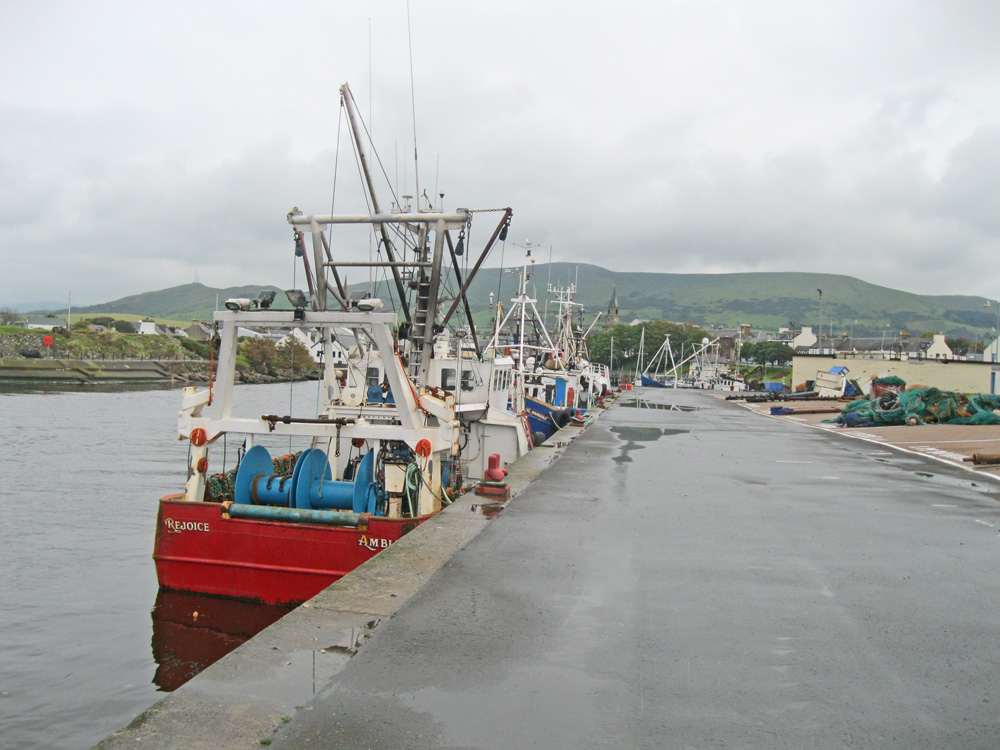 There has been a harbour of some sort on the river Girvan (or 'Garvan') for thousands of years. Sea water levels were much higher in the distant past, thus the harbour has had various locations.

In 82 AD until 407 AD there was a Roman presence in Southern Scotland. They camped to the north of the river Garvan. The Roman galleys possibly used the natural harbour basin but there is no evidence for this. From 800 AD the Viking raiders were now in Scotland; by 1263 they owned Kintyre and Arran. They possibly used the natural harbour basin as well, but to date there is no proof.

In 1668, King Charles II granted a charter confirming the right to Thomas Boyd of Penkill and Ballochtoul to form the Village of Garvan into a Burgh of Barony and to build a seaport. In reality, very little work was carried out. During the 1770s a minister reported that smuggling was the main occupation of Girvan people.

In 1775 there were 100 people living locally, but by 1791 this had increased to 1725. A statistical report linked this rise in the population to the smuggling activities. Favourite smuggled products included salt, brandy and silk. In 1794 a report mentioned that 9 to 11 foot of water was recorded at High water in the Basin of Girvan. Today it's between 12 to 14 feet.

In 1814 there was the first recorded mention of the word fishing in relation to Girvan. This type of fishing used long lines with 2500 hooks which were baited with mussels brought from the Western isles and resown on the North shore. Fishing was still only a 6 month occupation. In 1824 Sir Hew Dalrymple Hamilton took over the running and administration of the harbour. Coal and lead from nearby mines were exported by ship. By 1860 the railway had reached the North harbour. At this time 5 to 13 vessels per month were using the harbour. This is assumed to mean cargo vessels because fishing boats were not charged dues until the 1900s.

From 1860 onwards the Girvan Harbour Commission operated the harbour and they built the harbour as we know it today. They also tried to obtain funding for a ferry link to Northern Ireland (62 miles to Belfast) but they were unsuccessful. Sailing ships exported local produce, even people, with vessels such as the St. George taking emigrants to Canada in 1867. A new breakwater and pier were added in 1881.

Fishing was in its heyday during the world wars and right up to the mid 1960s. In 1968 the wooden screen jetty, paid for by the Fishery board, was built to protect the basin. In 1988 the north breakwater was rebuilt. It protects the harbour from northerly gales and acts as a 'gut' in the channel, increasing the flow and minimising siltation on the sand bar.

In 1992 a yacht pontoon was constructed and three years later £750,000 was spent on the south pier to pile and deepen the foundations to allow for deeper dredging in the future. In 1996 South Ayrshire council took over the administration of the harbour.

Fish will continue to be landed at Girvan but in smaller amounts and at a greater value. For example in 1997, £870,000 worth of fish and prawns were landed.