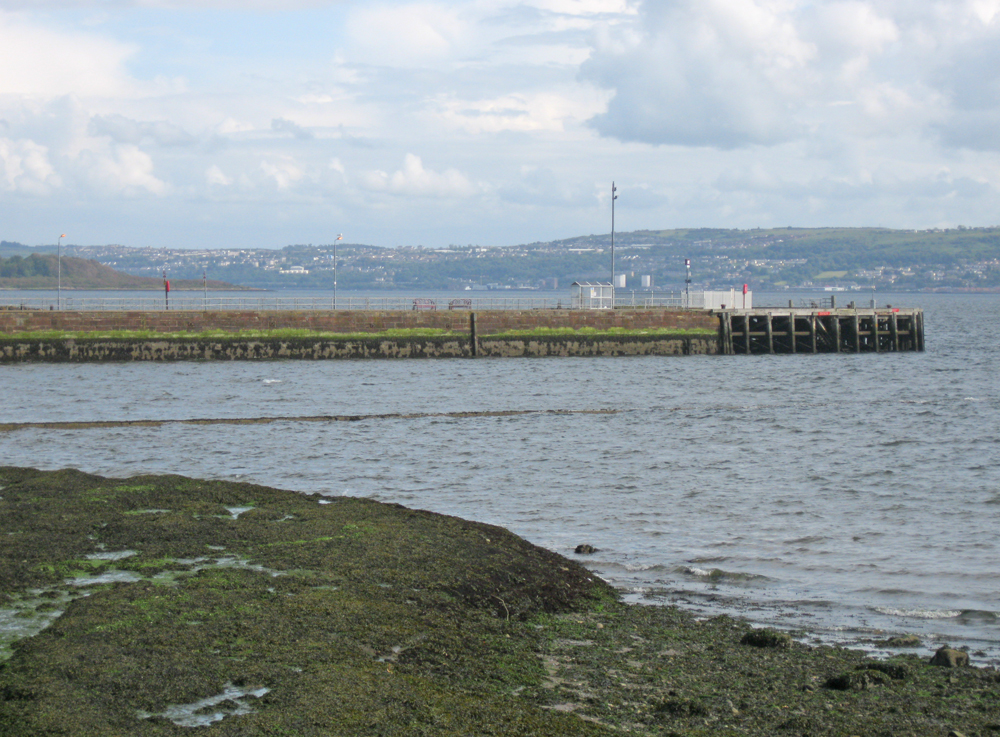 In 1812 there were only 200 houses in Helensburgh but the town began to grow although, surprisingly, it was not until 1836 that the council decided to take over "the property of the Quay" with a view to constructing a proper and long overdue pier. It took a further 9 years and a public meeting to translate this into practical moves to seek Parliament's approval of an extension to the quay and other improvements.

Piers were built connecting every part of the Peninsula. Sadly, only two remain in use today, at Helensburgh and Kilcreggan.

The Glasgow, Dumbarton and Helensburgh Railway (later L.N.E.R.) was opened in 1857. In 1877 the railway company had the vision of "a station in the sea" in Helensburgh but this was fiercely opposed. It was thought that such a station would "arrest the progress and destroy the prosperity of the town .... from a flourishing and favourite watering place to a dirty, coaling town". The scheme was frustrated and the new pier and station were sited in Craigendoran, two miles upstream.

The worlds last sea-going paddlesteamer, the Waverley sails from Helensburgh pier during the summer down the Clyde Estuary to the Kyles of Bute. Operated as a charity she has recently been almost completely rebuilt at a cost of £4 million.