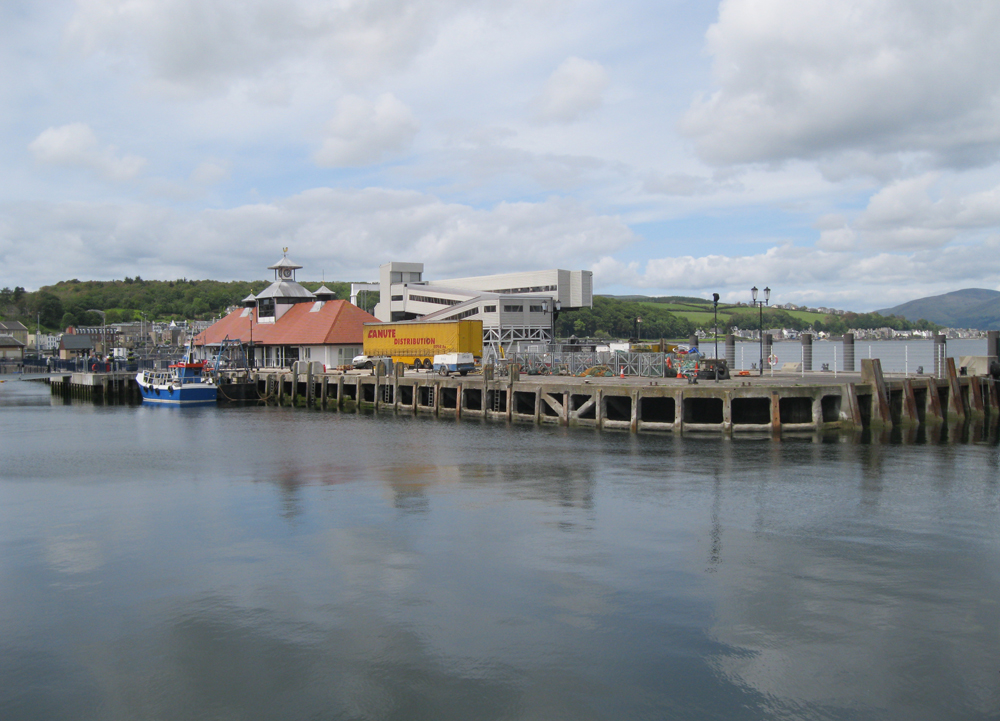 Rothesay on the Isle of Bute is a 30 minute ferry ride from the mainland at Wemyss Bay. Rothesay is famous for its pier and promenade which have been built on reclaimed land. The original shoreline lies about 200m further inland, just in front of Rothesay Castle.

In the past the the inner harbour was used for discharging coal and other bulk cargoes together with fish from local fishing boats and boats from other ports.

Rothesay came into its own with the development of the steamship and its relative proximity to the industrial belt of Central Scotland. By the latter half of the nineteenth century a journey which had previously taken days was taking less than two hours, and frantic - not to mention ruinous competition - between steamship owners and railway companies was to cut journey times by the turn of the century to just over an hour.

In 1913, the last year of peace, steamers made no fewer that 100 calls at Rothesay, and during its halcyon years as the Mecca of Clyde resorts, Rothesay's population in the summer rose to 50,000 people. Until the Second World War the island was served by four piers. Rothesay pier was the main focus of steamer traffic, and boasted a handsome Scottish Baronial terminal building which, sadly, burned down in 1962

The Royal Navy occasionally visited the Bay and during the Second World War, Rothesay bay housed a flotilla of submarines.

In recent time the outer harbour in Rothesay has been developed with floating pontoons to service boat owners. See here for berthing arrangements.

The pier has undergone major works to adapt to the new ferries and the inner harbour has been dredged and is to become a marina. The estimated costs of the works is £8.2M for the pier and £1.8M for the inner harbour.