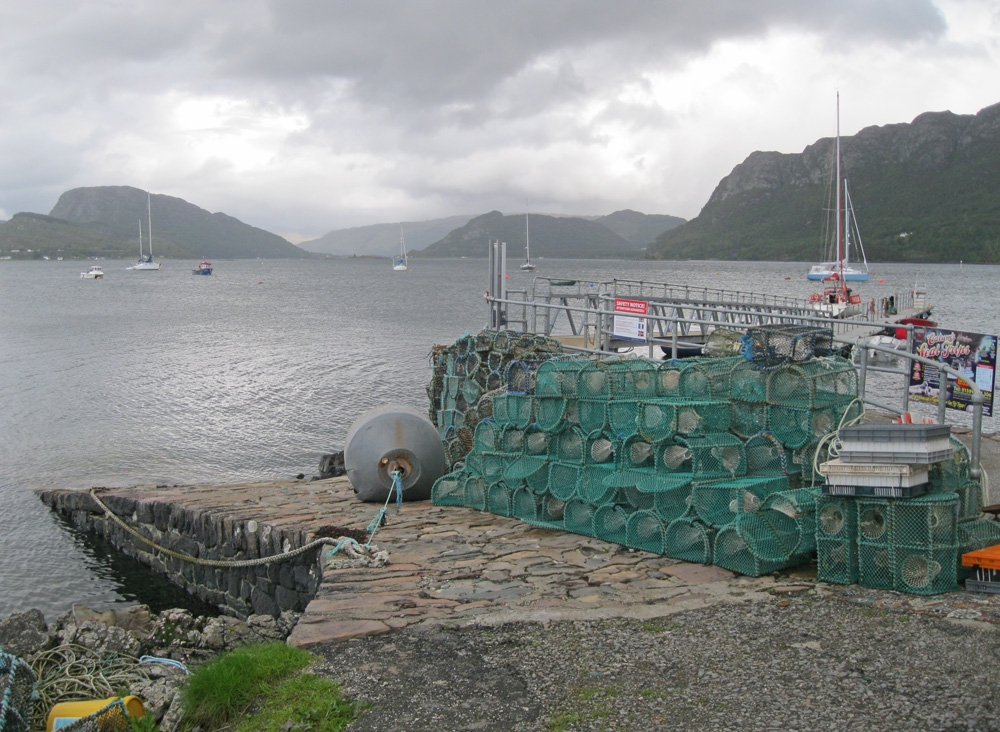 Plockton's exceptionally sheltered position makes it a haven against extreme weather. Modest dinghies, as well as their cruising counterparts, often clutter the harbour. The local sailing club thrives with a series of races, and regattas, throughout the summer.

The settlement was a crofting hamlet until the end of the 18th Century; and later as an embarkation centre for those displaced to make room for sheep in the Clearances. Then an enthusiastic local laird transformed it into a prosperous fishery and renamed it Plocktown. With the extension of the railway from Strome Ferry to Kyle of Lochalsh in 1897, the village acquired its own station. It then began to emerge as a tourist location.

Though the fishing boats have long gone, Plockton is still a lively place.