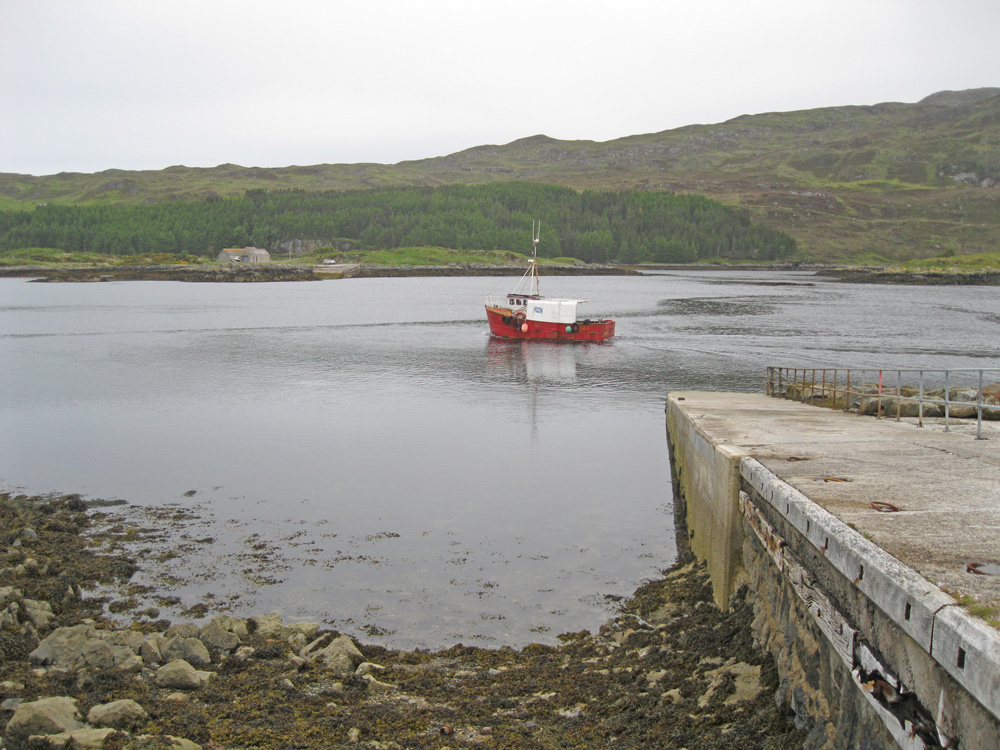 A passenger ferry (a rowing boat) was introduced here in the early 1800s. Commercial traffic mainly comprised cattle on their way to central Scotland, and they had to swim across. Over the years various ferries came and went, and small car-carrying ferries first appeared between the wars. It was only in 1975 that the Maid of Glencoul became the first vessel capable of carrying fully loaded commercial vehicles. The Kylesku Ferry was unusual in being, for much of its life, free. The ferry closed forever in 1984, when the Kylesku Bridge was bulit. The Maid of Glencoul went on to be the relief vessel on the Corran Ferry.

Kylesku is also home to a jetty for locally-based fishing boats, and forlorn and grounded on the opposite side of the bay lies the Maid of Kylesku. This two-car ferry was built for the Kylesku crossing in the early 1950s, where it served until replaced by the Queen of Kylesku in 1967. The Maid of Kylesku was retained as a relief vessel, but when the Kylesku Bridge was completed in 1984, it was no longer needed and abandoned where you can still see her today.

Just around the corner from the slipway is the Highland Council's fishing jetty, used regularly by local fishermen. See 'More Photos' for a picture.