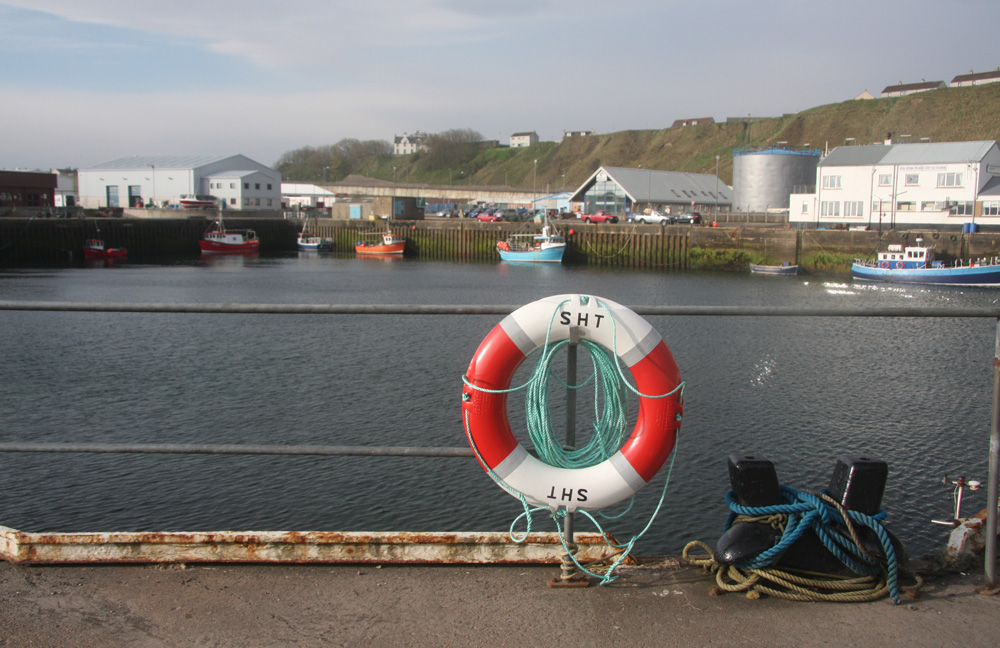 Scrabster Harbour has provided a safe deep water anchorage to seafarers since the days of Viking longboats. Because of its advantageous location, Scrabster quickly became the gateway to the northern lands of Orkney, Shetland, Scandinavia and the Faroes. These are links which have strengthened over the centuries. Construction of the current harbour began in 1841 when the Scrabster Harbour Trust was founded. By 1856 a ferry from Scrabster to Stromness had begun to operate and six years later a lighthouse was built at Holborn Head. Increasing trade and cargo, bound for customers across the globe, confirmed Scrabster as a major player in the economy of the north.

Scrabster Harbour's proximity to the Northern Fishing grounds and a modern fish market with purpose built basin have been contributory factors in establishing it as the fastest growing fishing port in Britain.

Scrabster's location, adjacent to the Atlantic Frontier, allows a saving, on a round trip, of 24 hours of vessel time for West of Shetland operators over Aberdeen. By reducing transit time there are further opportunities for cost savings and reducing delays offshore.

An agreement has recently been signed between Scrabster Harbour Trust and the Norsea Group which will result in major investment in the port. A modern deepwater quay will complement the existing harbour facilities.