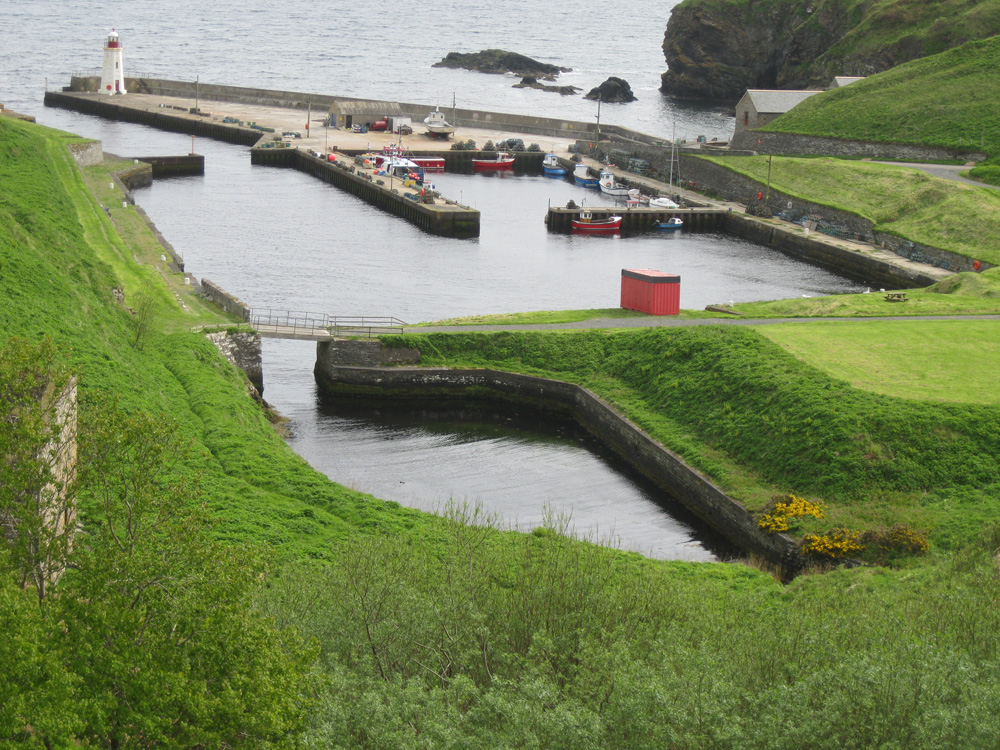 Fishing has been conducted on or off the Lybster coast since early times. Herring fishing began at Clyth shore around 1790. It was here that in 1810 a small wooden pier was built to allow the area to benefit from fishing.

From 1810 the expansion of the Lybster fishery was so explosive so that in 1815 Lybster was established as one of over twenty fisheries in Britain under the jurisdiction of the British Fisheries Society. In 1829, the owner of the Lybster Estate, Captain Temple F. Sinclair financed the building of a new stone-built harbour. The estimate was £7,000 and the harbour was designed to take over 100 fishing boats. By then Lybster was fast growing as a result of the herring boom, and for a while it was home to Scotland's third largest fishing fleet.

On 22 November 1847 a terrible storm overtook part of the Lybster fleet. Only one boat was lost but seven men drowned, leaving five widows and twenty fatherless children.

This and subsequent storms caused part of the harbour wall to collapse. Repairs were begun with a Government grant of £6,000. During this time of disruption, however, the fishing was still good and in 1853 an all-time record of 47,186 barrels of herring were cured, with 180 boats able to use the harbour. In its glory days Lybster harbour was a vibrant, exciting, spectacular place which reached its zenith in the decade from 1850 to 1860. In 1855 the district employed 1,469 fishermen, 111 coopers, 734 gutters and packers and 886 labourers and net makers, making a total of 3,200 people employed. By 1859 the Lybster Fishery had 357 boats, the highest number ever recorded.

In 1877, after years of persistent storms, a Government Commission found that:

"Lybster Harbour is in constant danger of being totally destroyed and with it the means if subsistence of nearly the whole population of the place, who are almost entirely dependant upon the fisheries."

Lack of facilities caused many of the local boat owners to look for harbours where the new steam winches could off-load the bigger catches more efficiently. By 1880 the Duke of Portland, now owner of the Lybster Estate, started repair work at the harbour. He was prepared to spend £6,000. By 1884 the harbour had a new wall and a lighthouse. The costs, though, had gone up to £20,000.

By 1900 the glory days of the herring fishing at Lybster were drawing to a close, as the great shoals of herring began to disappear from around the coast. The resulting hardship bit deep into the locality as great numbers of its young men emigrated. By 1905 with a much reduced fishing fleet, the fishermen of Lybster again petitioned the Government for financial help. Once more they were refused on the grounds that there seemed to be enough fish for everyone and that many small industries existed in and around the harbour. Two of these were barrel-making and the kippering of herring. After the First World War there was an effort to re-start the fishing industry in Lybster and by 1919 there were 40 sailing boats and five motor boats working out of the harbour, concentrating on the improved methods of catching white fish such as cod and haddock.

Gradually a white fish fleet was built up giving employment to arounf forty fishermen. In the second half of the twentieth century Lybster had some of the most successful fishermen of the north, with spectacular catches landed, but as with the herring this could not be sustained. At present the small Lybster fleet is engaged in catching lobsters, crabs and other shellfish.

The inner harbour was completed as recently as 1950. The harbour is still used mainly for fishing, but the number of working boats is down to twenty or so. Leisure craft now fill the inner harbour.

There is still a lot of evidence of fishing in terms of the boats moored in the harbour and the lobster pots and other fishing gear piled around it. It is a really superb working harbour in a stunning setting between encircling headlands.

Alongside the harbour at Lybster is one of the area's major attractions: the nicely restored buildings housing "Waterlines", an exhibition centre complete with displays about the area's history, flora, fauna and geology. As you'd expect given its location Waterlines gives particular focus to Lybster's past as a herring port.