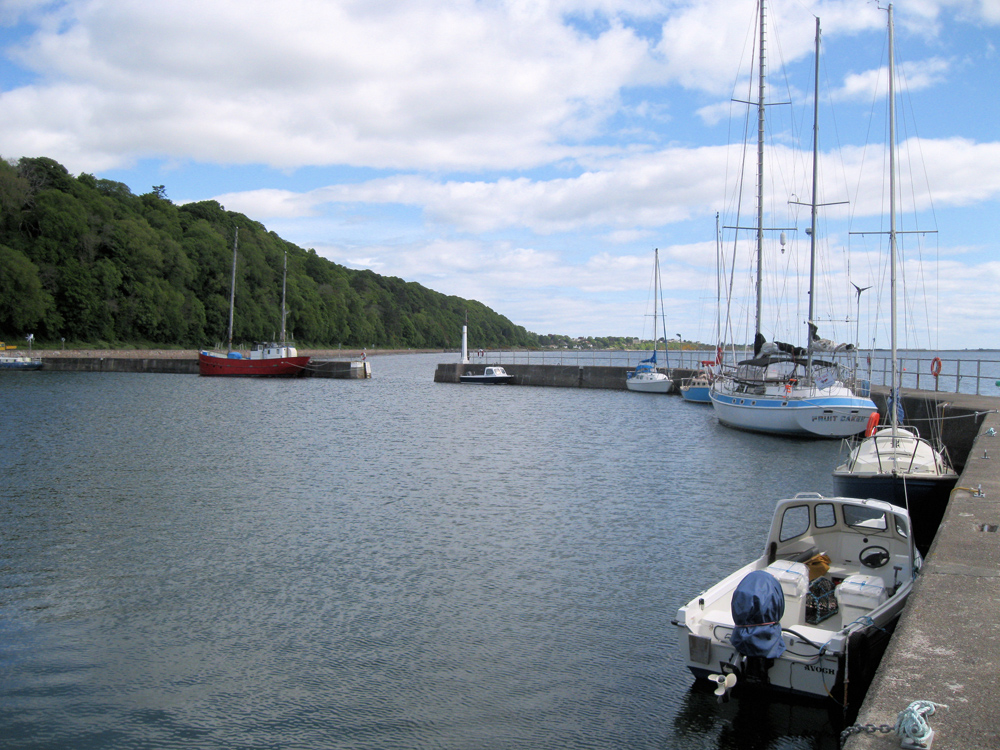 The harbour is just at the eastern end of the fishertown area, and always has a few a fishing boats in it, and often some from other fishing villages in the north of Scotland.

It developed as a fishing village in the late 16th / early 17th centuries, with the creation of Seatown by the McKenzie lairds, and this fishertown area has changed little in the last 150 years.

The harbour was built originally in 1814 by Sir Alexander Mackenzie, and was designed by Thomas Telford, famed for his works of engineering throughout Scotland.

By the early part of the 20th century, the harbour was proving inadequate. With fishing playing an important part in the Avoch way of life, James Douglas Fletcher, owner of Rosehaugh, was keen to support the fishermen particularly in their need for a new harbour. The improvement proposed was to cost £6,000 and James Douglas contributed £500 towards this. He also hosted a three-day bazaar at Rosehaugh to help raise funds for this, when ladies of some position in the community each took a stall, and were helped by local women. Plans were drawn up for a new harbour to the west of Avoch, beyond where the Industrial Area now is. However, after much discussion with the fishermen, it was decided to keep the harbour in its existing position, and the money raised was used to extend the facilities.

Avoch Harbour Trust was formed in 1903 and a new harbour was built with money raised locally, aided by grants and a loan from the Fishery Board. The harbour was completed in 1906; the east breakwater was added in 1912, and the pier was renovated to its present standard in 1948.

Despite the decline of fishing elsewhere on the Black Isle and surrounding areas, Avoch remains strongly associated with the fishing industry, and retains the atmosphere of a fishing village, though nowadays it is not the major occupation in the area by any means.