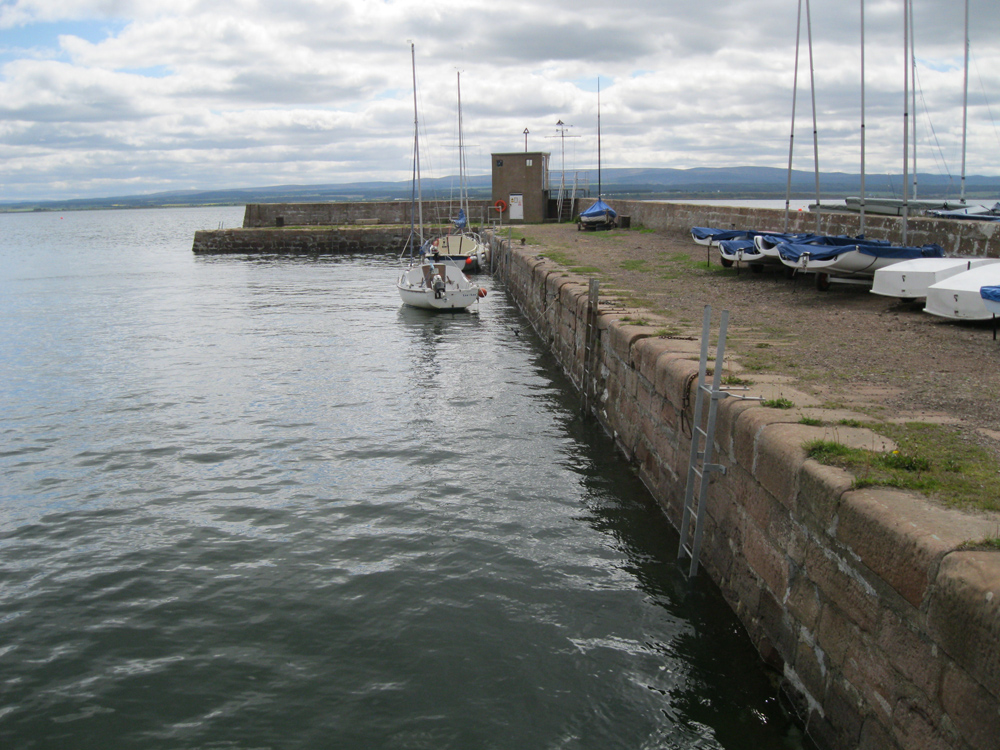 The sandstone tidal harbour was built by Thomas Telford in 1817 at a cost of £4,000 and in 1879 a wooden pier was added for about the same cost. In those days the harbour was the busiest part of the town for everything and nearly everybody travelled by sea. The harbour area also supported a distillery, the Eilean Dubh and in 1868 the Fortrose Gaslight Company provided gas to the few who could afford it. Unfortunately it went bankrupt after five years.

The opening of the Black Isle Railway in 1894 brought an abrupt end to the Black Isle Steam-ship Company and by 1914 the busy pier was quiet. In 1927 the last of the wooden jetty was swept away in a storm. Today however the stone harbour shelters the colourful craft of the Chanonry Sailing Club.