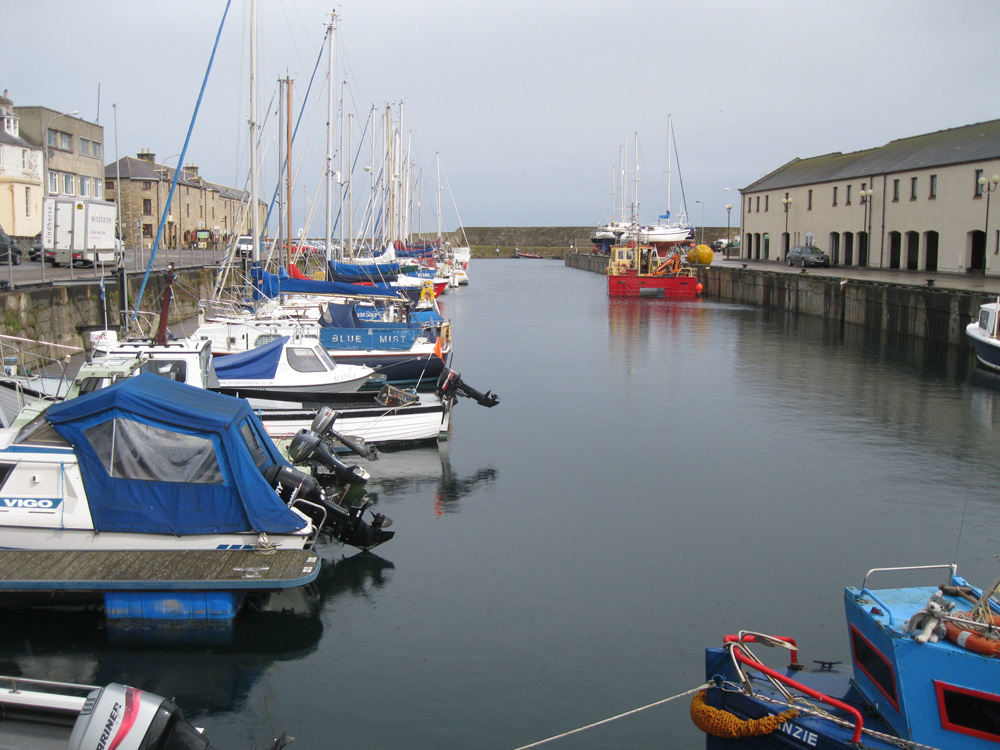 Lossiemouth can be found on the Moray coast some five miles north of Elgin. The town owes its existence to Elgin's need for a port to service its trade. For many centuries this role was fulfilled by Spynie, now only known as home to Spynie Palace. Until the 16th Century the sea came as far inland as the high ground at Spynie, only two miles north of Elgin.

A series of storms led to a build up of sand and shingle that blocked the entrance to Loch Spynie, most of the rest of which has now been drained. An alternative port was therefore developed in the mouth of the River Lossie.

This port operated successfully for several hundred years, but the major development of Lossiemouth dates back in the early nineteenth century. In 1835 the Lord of Pitgaveny opened a small harbour in what is now the north end of the yachting marina.

The opening of the Railway in 1852, followed by the building of the new harbour in 1860, brought an increase in the population of Lossiemouth; this then led to increased fishing. The herring shoals moved further from the Northern Coasts, which led to bigger decked boats. Steam conversions in the 1880s led to a fleet of 19 steam drifters to catch cod and haddock.

The harbour on the east side of Lossiemouth was extended at the time of the coming of the railway link from Elgin; and at about the same time the fishing fleet started to move from the river to the harbour.

The first of the famous 'Zulu' class fishing boats, the 'Nonesuch' was designed and built by a Lossiemouth fisherman in 1879 and after the First World War the first modern seine net vessel was also designed here.

A major setback came when the North Pier was washed away in 1936, but it was soon replaced. Lossiemouth harbour continued to be developed, with the addition of a further basin inside the North Pier as recently as 1957.

During the summer, the area surrounding the marina is a focal point for tourists, as they gather to watch the coming and going of the yachts. The East Basin has been converted to a large marina, with full onshore facilities for all sizes of yachts and craft.

The eastern harbour has been converted into a spectacular yachting marina, while the railway sheds that used to service it have been swept away in favour of harbourside houses and flats. The northern harbour continues to protect vessels of all shapes and sizes; and there remains a resident fishing fleet and a fishmarket.