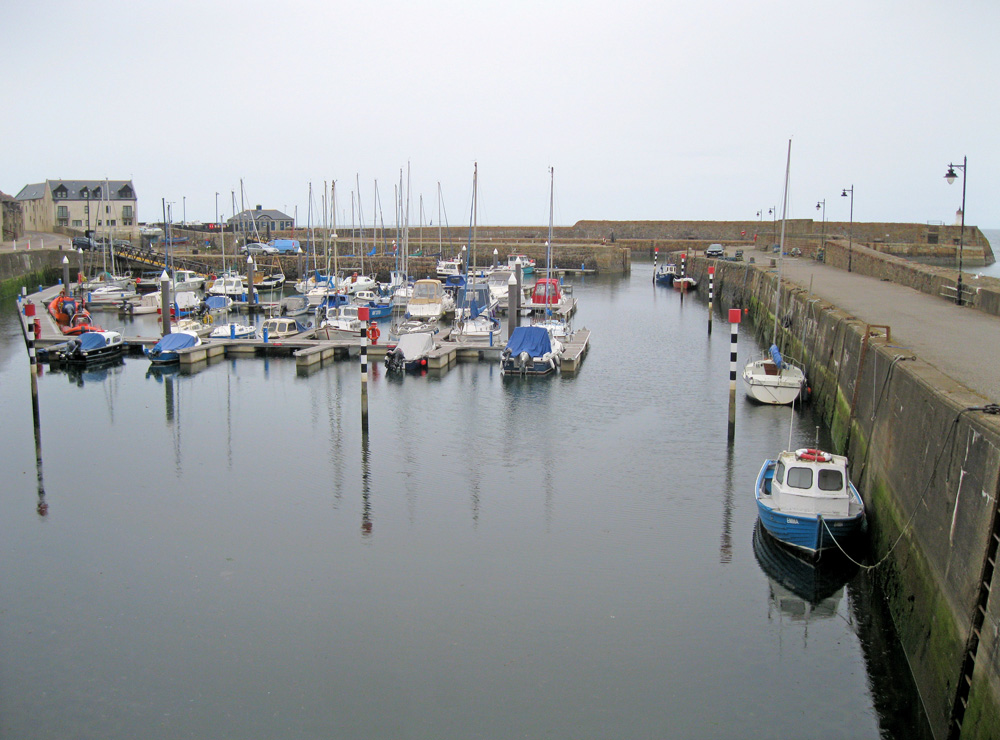 Banff started life as a port in the twelfth century. The harbour was created when the mouth of the River Deveron became impossible to use as a harbour due to shifting sand banks. Rocks were cleared from Guthrie's Haven, (the current inner basin) in 1625 and in 1770 John Smeaton was commissioned to make improvements. This was followed by Thomas Telford in 1818 who designed the lighthouse quay thus creating the outer harbour. However its harbour silted up and fell into disuse in the nineteenth century, leaving Macduff, on the east side of Banff Bay, to take up the role of principal commercial port along this stretch of coast.

A former fishing and cargo port, it is now used as a recreational harbour. Banff offers excellent facilities to both regular and visiting users. The two inner basins can accommodate up to 80 boats in one of the safest harbours on the coast containing a mixture of fishing type boats, yachts and cabin cruisers. The outer basin offers adequate berthing for the visitor and a tidal area for regulars. Fresh water is available on two quays, a repair / painting pad at the top of the middle basin, two storage compounds and 590 metres of quay space on the 10,800 sq. metre of harbour, a refitting and repair berth in the middle basin which can take a vessel of reasonable draft up to 60 feet in length. Booking is required for this facility. See Banff Marina.

The harbour is tidal with a sandy bottom although movement during low water neaps is no problem for the shallow drafted boat. At low water springs the harbour dries but access may be taken four hours plus or minus from high water springs.