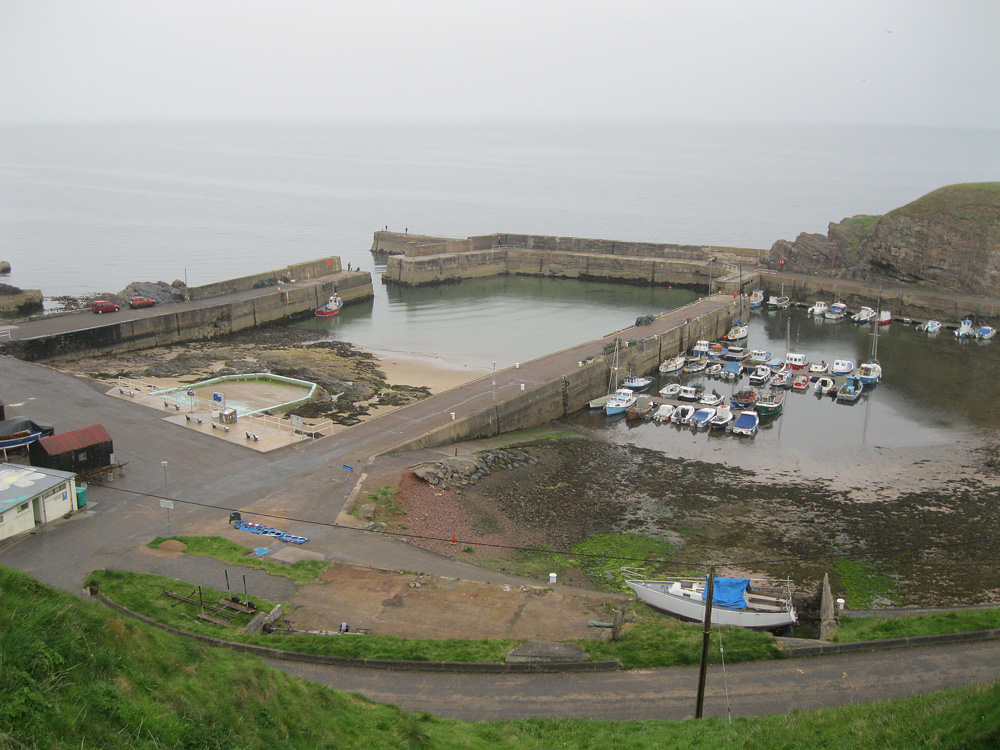 Portknockie is a cliff-top village overlooking the Moray Firth in NE Scotland, midway between Aberdeen and Inverness. Early settlement at this location is suggested by the remains of Iron Age and Pictish fortifications that have been found on a promontory that shelters the harbour known as the Green Castle. The village was founded in 1677 and it became a significant herring fishing port during the nineteenth century. At the height of the herring fishing boom about 100 sailing boats crowded its harbour, many of them being of the famous Zulu design. Between 1883 and 1905 some of these boats were being built in the village.

The present harbour features date from 1890 and, as late as 1929, it was still being used by up to 58 steam drifters. Today, Portknockies fishing fleet comprises ten modern boats, which land their fish at Scotlands east and west coast ports with just five smaller boats locally landing creels and mackerel.

The harbour has moorings for small boats, which can enter and leave at any state of the tides.