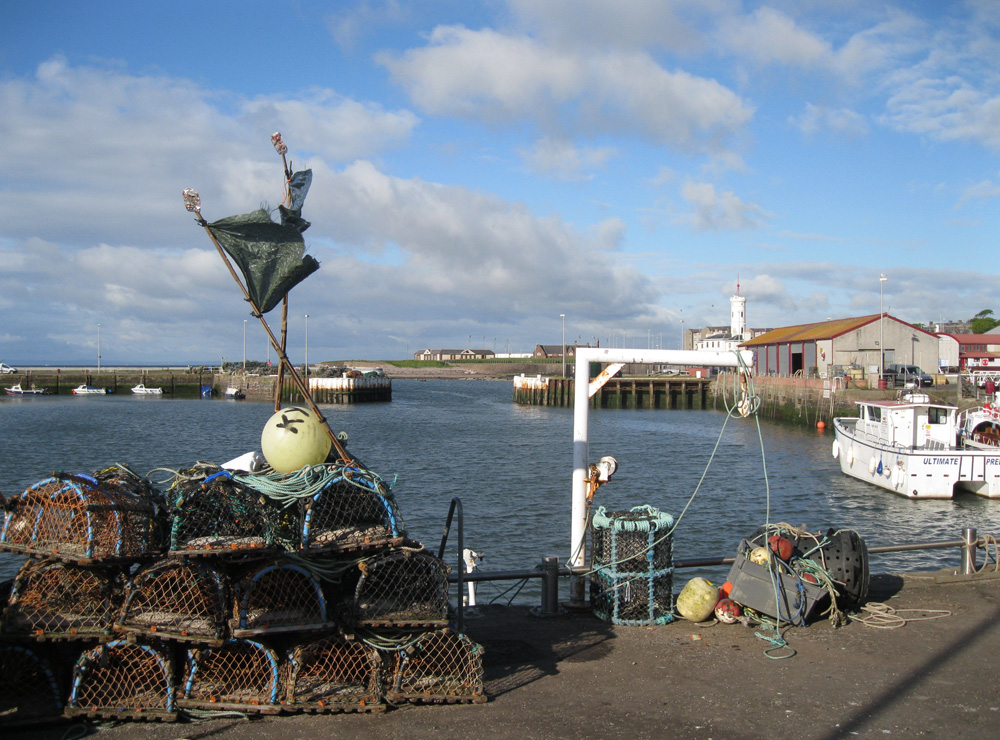 Arbroath's first harbour was built in 1394 at Danger Point by Abbot John Gedy. It stood until 1706 when it was destroyed in a gale, another harbour was constructed around 1734. The present Harbour was begun in 1842 and was completed with the opening of the wet dock in 1877.

It was originally a commercial port and Arbroath ships traded with North America and the continent as well as around the coast of Britain.

Arbroath Town Council invited some fisher families from Auchmithie to the town in 1830 and the local fishing industry developed from that date.

Use of the Harbour by other local industries such as textiles, farming, and quarrying declined after World War I and now the town's port is entirely over mainly to fishing and leisure facilities. A passenger embarkation facility is available to enable access to leisure craft at certain states of the tide.

Usage of the Port is presently confined to commercial vessels and small craft offering day trips to anglers and sightseers.