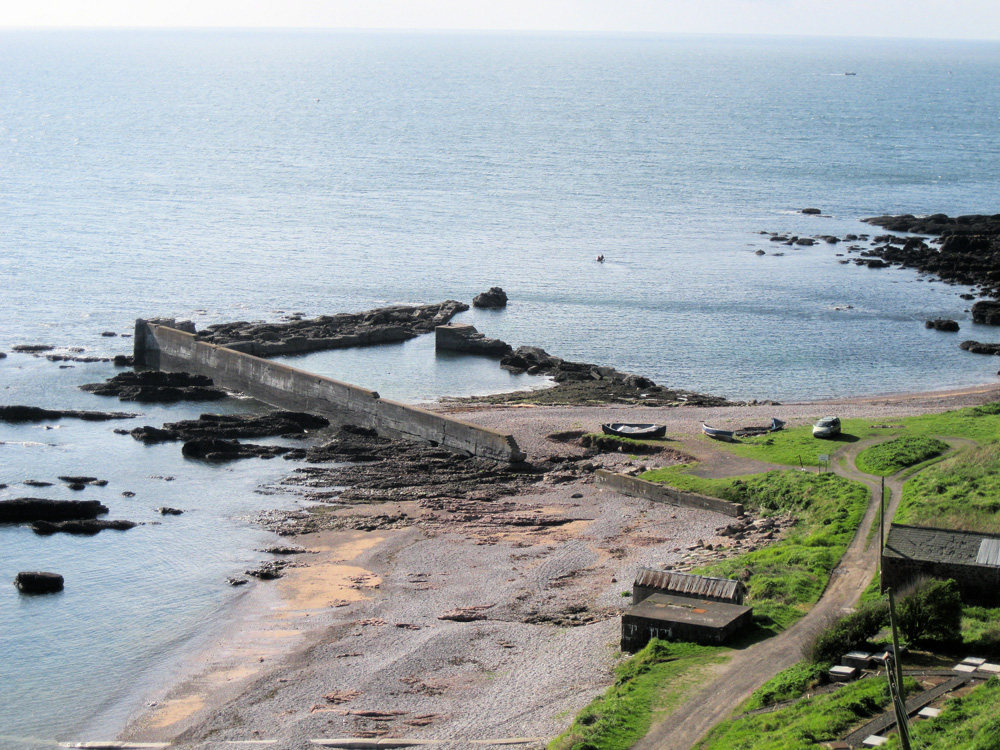 Until the beginning of the 20th Century Auchmithie was one of the busiest fishing villages in the district of Angus.

Auchmithie was the birthplace of much of the fishing and fish-smoking now centred at Arbroath. This quiet and picturesque village is set on the clifftop with a tiny harbour 150 feet below at its base. Before the harbour was built, the local women used to carry their men to the boats to keep them dry. This is a peaceful place to relax or to start a tricky walk of about 5 miles back to Arbroath along the magnificent sandstone cliffs, nesting place for a variety of sea birds including puffins.

Auchmithie is the true home of the 'Arbroath' smokie, that now world famous smoked haddock delicacy, and it was the fisherfolk of Auchmithie who formed the until recently insular fishing community of Arbroath, when tempted to migrate there on the promise of land and property by the local authority of the day who wished to encourage a fishing community in Arbroath.