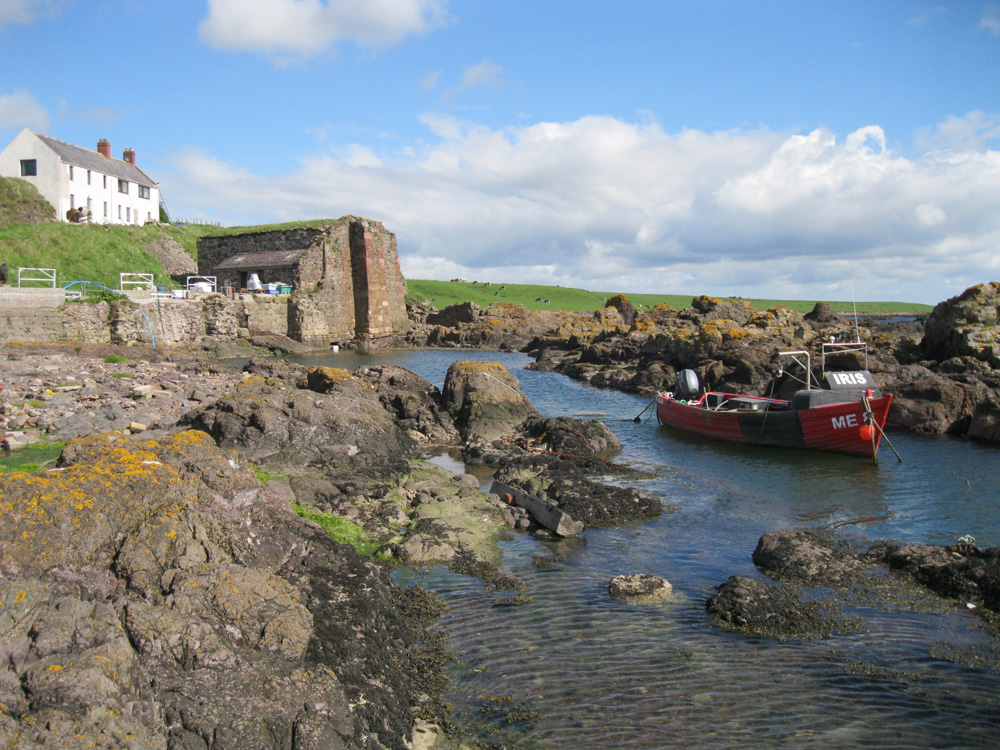 Just south of Montrose is the Fishtown of Usan. Once a thriving fishing port, the decline of the industry has left Usan a near-derelict village.

In the second half of the 19th century, a commercial icehouse was built, and this is the vaulted building at the foot of the cliffs. On the north side, you can see the area where carts would draw up to load the ice into the building. The icehouse is still in use by fishermen. But the building has a secret of its own. Its origins were as a saltpan of the 17th century. Salt water would have been pumped from the sea into an evaporation pan, or salt pan.

The channel between the building and the sea, still shows the grooves that held the sluice gates that controlled the flow of water. It is thought that this channel was used to hold water, letting it partially evaporate so that the salt content of the water would be increased before passing into the salt pan itself.

South of the buildings is a small harbour from which the salt (an expensive commodity at the time) would have been exported.