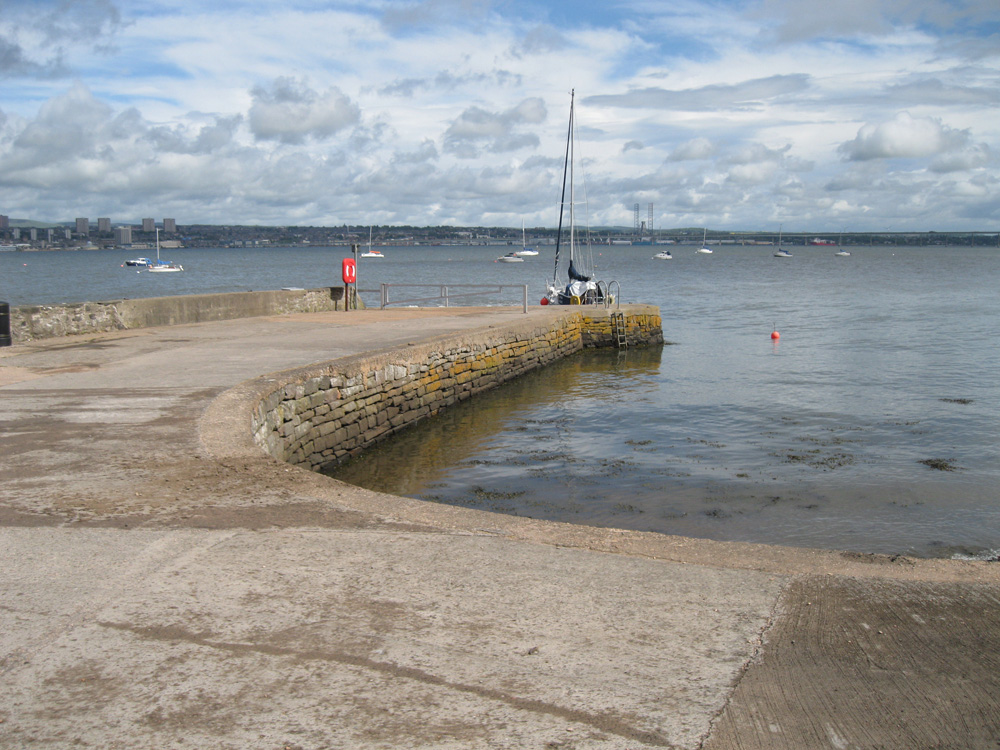 Wormit, at the Fife end of the great Tay Bridge, is a place that owes its existence to the site being chosen as the Fife terminus of the Tay Bridge. The bridge was completed in 1877 and Wormit which had once been a tranquil tiny huddle of cottages near the water was now linked directly with Dundee.

The small pier, also known as Woodhaven Pier, is used predominantly by the Wormit Boating Club. It was formerly a seaplane base.