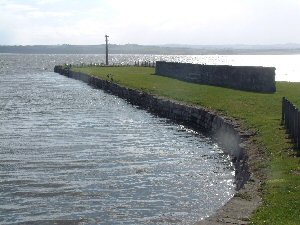 The village has two natural harbours, Brucehaven and Limekilns. The latter, was for centuries, as far back as the 1300's, the port of Dunfermline. Its harbour was developed as a port by the medieval merchants of Dunfermline who exported lime, salt and coal and imported wood, wine, and glassware.

Early inhabitants of the village were mainly seafaring people with most of the trade being local.

The first half of the 19th Century saw much body-snatching activity from Rosyth Church Graveyard, where gravestones can be found dating back to the 17th Century. Demand from the Anatomy Departments in Edinburgh and the remoteness of the site ensured that more bodies were robbed from here than anywhere else and rowed across the Forth.

These former industries are long gone however, most of the original shops have been converted into dwelling houses and the harbours are used for pleasure rather than business. Limekilns enjoys a very quiet life while managing to conserve much of its historical value.