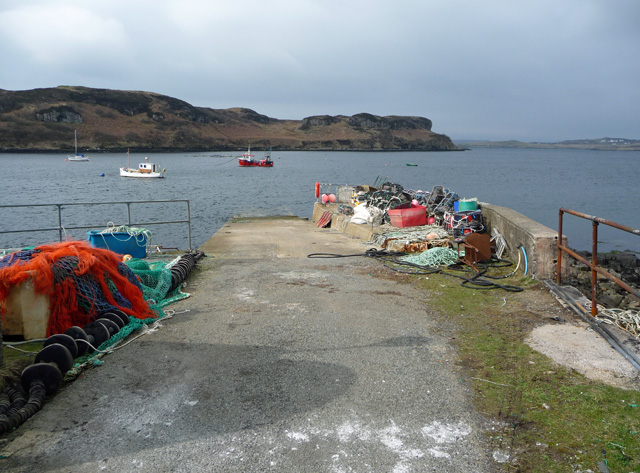 The village of Portnalong was founded by crofters from Lewis and Harris in 1921. The pier served as a refuelling point for allied shipping during World War II.

Situated at the end of the B8009 road to Portnalong, the pier is used by a number of small fishing vessels, as well as servicing nearby fish farms in Loch Harport.