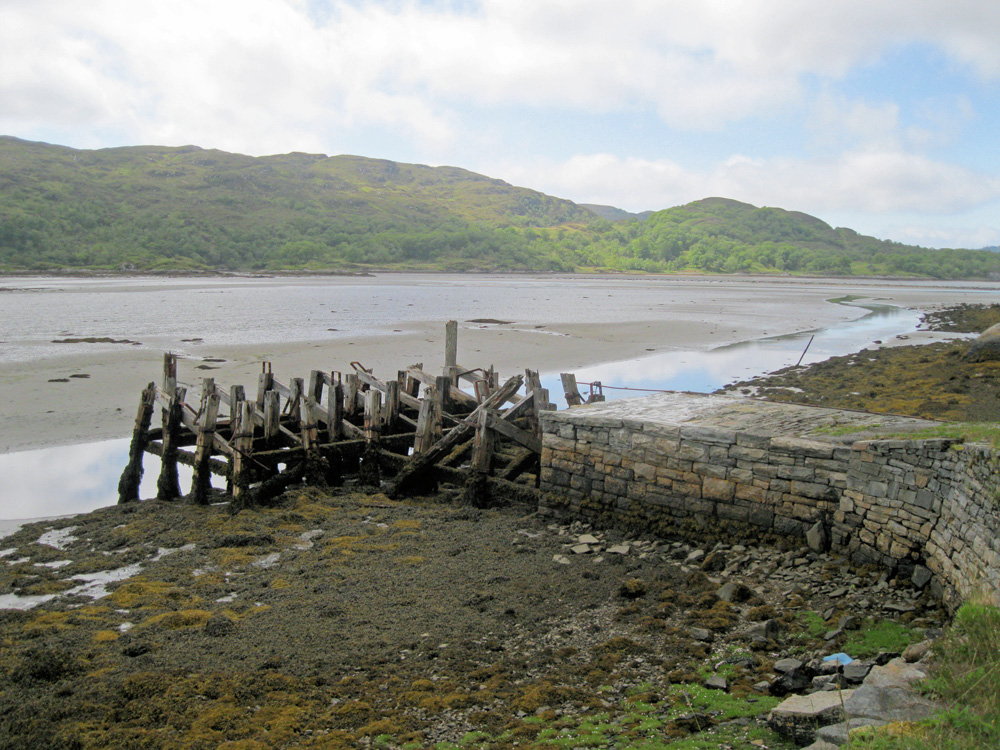 The quay was built in 1796 for transporting oak and charcoal out of the area. It's now wrecked and unusable - even worse after the hurricane in January 2005. Just west of the quay is a narrow jetty which is inaccessible without a ladder, since a road has been built since the jetty was used (see 'More Photos' above).

At the eastern end of Loch Moidart, the whole loch dries out completely at low water. At high tide there is a clearance of about three metres at the quay. The fairway is narrow, meandering and unmarked.