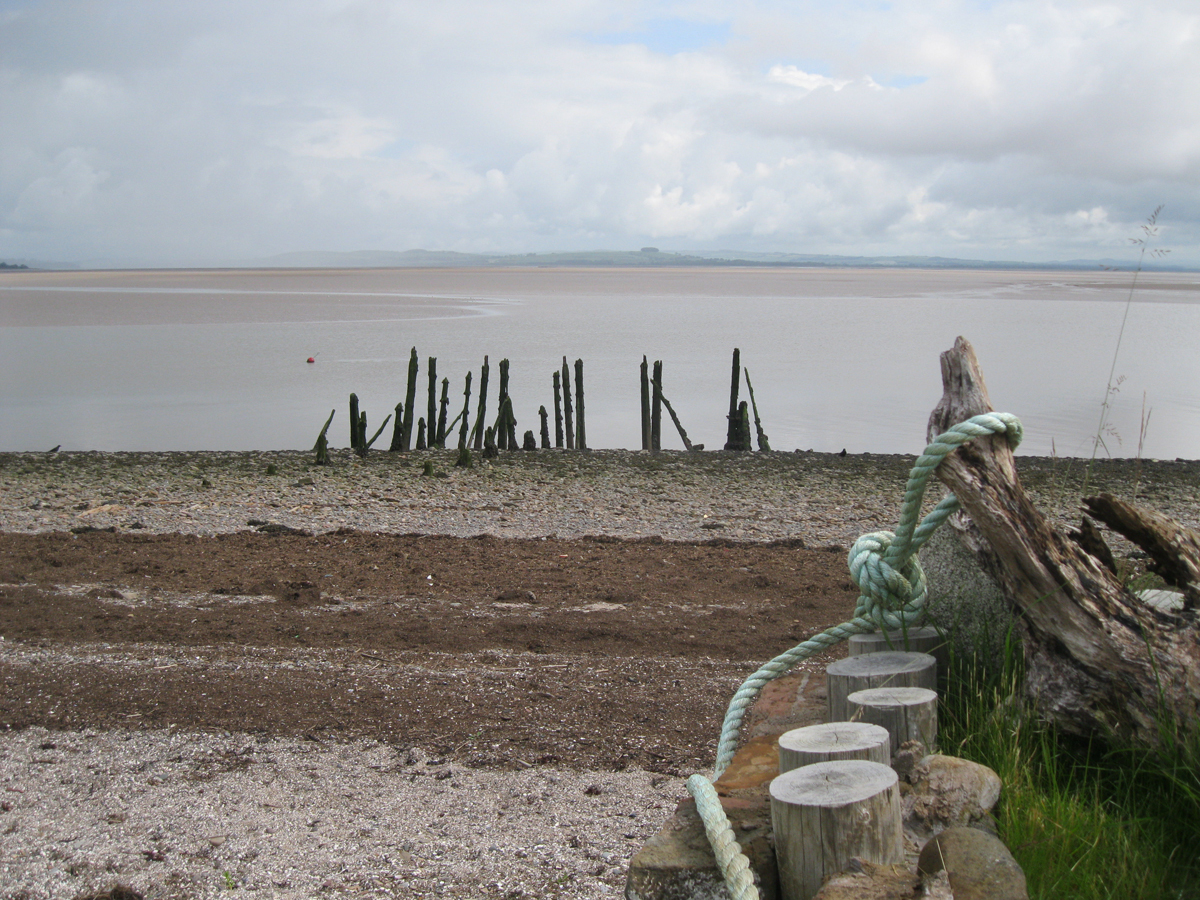 The village was started by Danish Vikings as a fishing and coastal trading port, the sandy shore giving a hard where it was safe to beach ships at mid-tide on a falling tide, unload or load them from carts at low tide, then float them off on the next rising tide. At a time when roads inland were rutted tracks, most freight and much passenger traffic was by sea. This was only to change with the road improvers like Telford and MacAdam in the early 1800s.

The channel of the River Nith moved closer to Carsethorn over time, until the deep water channel was near the shore. Carsethorn is first mentioned as a port in 1562, when a ship was loading for Rochelle and Bordeaux. Later, the 'Carse', as it is fondly referred to, acted as an outport for Dumfries, with the larger ships anchoring in Carse Bay, before unloading their cargo. There was a great deal of trade through the 1600s, 1700s and 1800s, chiefly coastal to ports either side of the Solway, to Ireland and to the Isle of Man.

In 1760, one of the local lads, John Paul Jones, who was later to become famous as the founder of the American Navy, sailed from Carsethorn to England. He was then only 13. After a career in merchant shipping, he joined the Revolutionary Navy and crowned his career by defeating the English frigate 'Serapis' off Flamborough Head. On one cruise in the Irish Sea, he burnt coal ships at Whitehaven and raided the home of the Earl of Selkirk near Kirkcudbright.

During the late 1700s and early 1800s there was a very high level of emigration to the American and Australian Colonies and newspaper advertisements show emigrant ships sailing regularly from Carsethorn.

A rather grimmer export trade emerged with the transportation of convicts to Australia. They were marched down from Dumfries and housed in the barracks (later a warehouse) at the river's edge. The whitewashed building remains to the south of the bus-stop in Carsethorn.

The coastal trade reached its peak in the late 1840s with almost 25,000 tons entering the river and steamboats such as the 'Countess of Nithsdale' maintained long established links with Liverpool. It is said that in 1850, 10,000 people emigrated to North America, 7,000 to Australia and 4,000 to New Zealand through the 'Carse', leaving from the jetty which was constructed in 1840 by the Nith Navigation Commission and used by the Liverpool Steam Packet Company. The remains of that jetty still stand beside the deep-water channel at the north end of Carsethorn; apparently it was a triangular structure, whose longest face allowed the steamers a good pierhead to come alongside.

By the early 1900s very little trade was left.

Today, Carsethorn, once a hotbed of smuggling and conspiracy involving salt, tea, wine and escaping Jacobites is just a line of houses and bungalows strung along the shoreline.