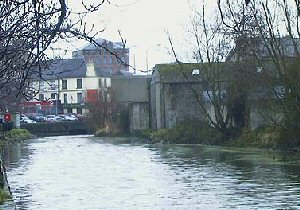 The Newry canal, slowly but surely, makes it way into into Carlingford Lough. The building of the canal helped Newry to become an important port; evidence of this is seen close to the banks where many warehouses are situated. The stretch from Newry to Carlingford Lough is known as the "Ship Canal" which operated from 1761 to 1974. Shipping trade moved downstream to Warrenpoint after the closure. The canal was partly re-opened in 1987 for leisure use.

Cargoes of linen cloth, farming produce, coal, grain and flax seed were all shipped from Newry.