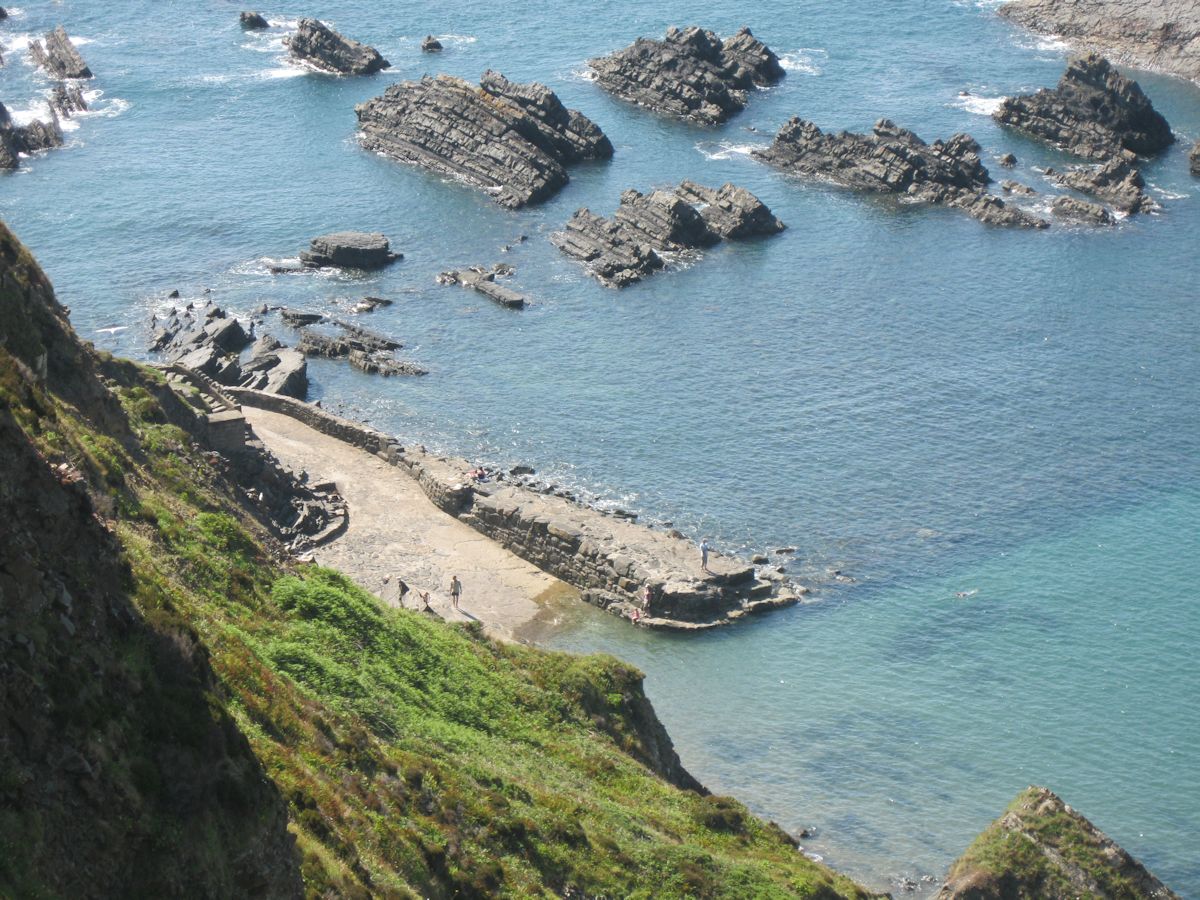 The quay was originally built in the late 16th century but was swept away in 1887.

Hartland Quay was once a thriving harbour, mainly because of the area's remote location and the difficulty encountered in transporting goods by road. In the mid 18th century, once the railway had reached Bideford and improvements made to the road network the harbour fell in to decline and it became uneconomic to repair from the repeated storm damage.

Today a modern breakwater and slipway allow small craft to be launched, whilst the area includes a museum, the Hartland Quay Hotel and several cottages. As can be seen from the first photo under 'More Photos', the slipway is a popular place on warm sunny days for swimmers.